Are you listening, or are you waiting to be called? 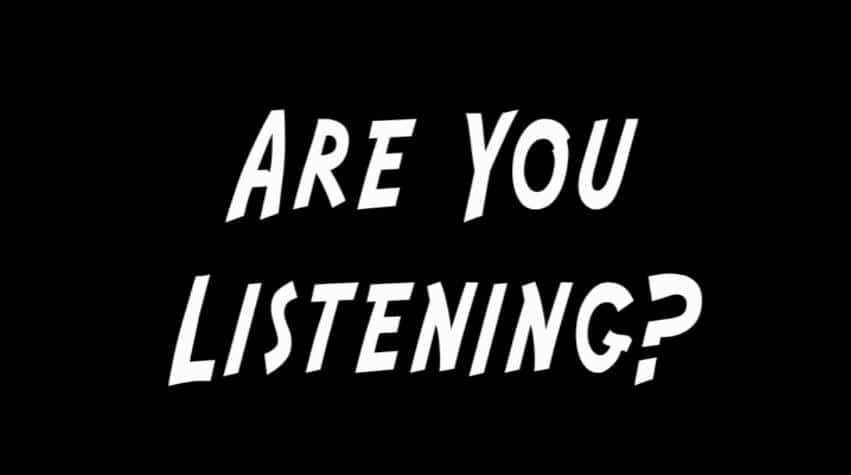 Back when the telegraph was the fastest method of long-distance communication, a young man applied for a job as a Morse Code operator. Answering an ad in the newspaper, he went to the office address that was listed.

When he arrived, he entered a large, busy office filled with noise and clatter, including the sound of the telegraph in the background. A sign on the receptionist’ s counter instructed job applicants to fill out a form and wait until they were summoned to enter the inner office.

The young man filled out his form and sat down with the seven other applicants in the waiting area. After a few minutes, the young man stood up, crossed the room to the door of the inner office, and walked right in.

Naturally the other applicants perked up, wondering what was going on. They muttered among themselves that they hadn’t heard any summons yet.

They assumed that the young man who went into the office made a mistake and would be disqualified.

Within a few minutes, however, the employer escorted the young man out of the office and said to the other applicants, “Gentlemen, thank you very much for coming, but the job has just been filled.”

The other applicants began grumbling to each other, and one spoke up saying, “Wait a minute, I don’t understand. He was the last to come in, and we never even got a chance to be interviewed. Yet he got the job. That’s not fair!”

The employer said, “I’m sorry, but the last several minutes while you’ve been sitting here, the telegraph has been ticking out the following message in Morse Code: ‘If you understand this message, then come right in. The job is yours.’ None of you heard it or understood it. This young man did. The job is his.”

We are so busy living in a world that is full of noise and clatter, like that office. People are distracted and unable to hear the still, small voice of God as He speaks in creation, in the Scriptures, and in the life and work of Jesus Christ.

Are you listening, or are you waiting to be called?

Do you hear the Lord when he speaks to you?

This entry is filed under Stories. You can follow any responses to this entry through the RSS 2.0 feed. You can leave a response, or trackback from your own site.
Your Thoughts Are Welcome | Leave a Reply
Prev/Next Posts
« Story : How heavy is your bag? | Home | Going for It? Here are some tips »
Subscribe For Free
Pages
Top Devotional Songs
Today's Top 10
Play Songs Online
Categories
Most Popular Articles
Most Discussed Posts