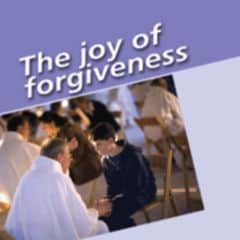 People spend lot of money to escape from the evil fruits of Sin; Why do they not go for a Confession?

At the age of nine I made my first confession, just a couple of days prior to my first Holy Communion. Thereafter my mother instructed me to go for confession once a month. I followed it to the letter. This went on just like a routine! I did not experience any special attraction. But since my mother was very pious and she went for confession regularly I too did so.

Something happened during a charismatic retreat: the preacher spoke on sin and the relevance of confession in the life of a Christian. This talk really touched the core of my heart! He elucidated his points with certain examples. In European countries and in the States when Christians visit psychiatrists and psychologists they insist that their clients go for confession prior to their therapeutic reviews! It was quite an amazing thing for me that these people, at least some of them being non-Catholics, recommend their clients to go for confession!

A good number of people write about their very deepest thoughts and feelings in diaries or letters but do not reveal the personal side of themselves even to the close friends they see every day. A growing number of Americans pay millions of dollars to therapists and self-help groups so that they can share secrets. But we Christians are blessed; we have priests to hear our confession, without paying a single penny! But very often we lose this channel of divine grace. From this example taken from the secular and scientific world I understood the value of this Sacrament of great blessings in a better way.

The opposite pole of active inhibition is confrontation. In confrontation the individual is able to actively think and talk about significant experiences as well as acknowledge oneâ€™s emotions. Confrontation reduces the effects of inhibition. It forces a rethinking of events. In short we can affirm that confessing oneâ€™s transgressions and sins are contributive to a personâ€™s spiritual, psychological and even physical life.

During that retreat the preacher advised us to write down our sins on a piece of paper as we prepare for confession which will stand us in good stead to go for a fruitful confession. Usually if I forget to mention any of the sins I feel bad so this helps me avoid such problems. Thereafter even today I go with a piece of paper. He also instructed us: â€œpray at least one rosary for the priest who hears our confession at least one day before the confession. This will help him to be another Christ to you during your confessionâ€. Henceforth, I always experience so much of relief, peace, inner freedom, consolation, rebuilding of broken relationships, spiritual renewal and empowerment from each confession. Whereas after committing sin we lose our peace, freedom, break our relationship with God and fellow human beings. Eventually we become sickly.

Once, somebody asked a holy man: â€œare you a sinner today?â€ He replied: â€œI was a sinner who used to run after sin; today also I am a sinner who runs away from sinâ€. Once forgiveness is granted, the forgiven person has to pray for freeing himself from the memories of the past sinful experience. Above all, he has to forgive himself. As it was revealed to Peter, â€œwhat God has made clean, you must not call profaneâ€ (Acts. 10:15).

Each confession provides us ample opportunity to run away from sin. In his famous book, Witness to Hope, late Pope John Paul II writes: â€œwhen a man goes down on his knees in the confessional because he has sinned, at that very moment he adds to his own dignity as a man. No matter how heavily his sins weigh on his conscience, no matter how seriously they have diminished his dignity, the very act of turning again to God is a manifestation of the special dignity of man, his spiritual grandeurâ€¦the grandeur of the personal meeting between man and God in the inner truth of conscienceâ€.

Hence this Sacrament is Godâ€™s miraculous gift to Christians and to the Church! Let us enjoy the abundant gifts of divine graces from this celestial fountain in a worthy manner. â€œTherefore confess your sins to one another, and pray for one another, so that you may be healedâ€¦.My brothers and sisters, if anyone among you wanders from the truth and is brought back by another, you should know that whoever brings back a sinner from wandering will save the sinnerâ€™s soul from death and will cover a multitude of sins.â€(James 5:16&19). 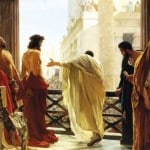 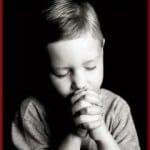 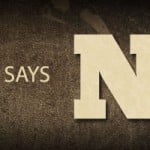 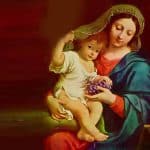