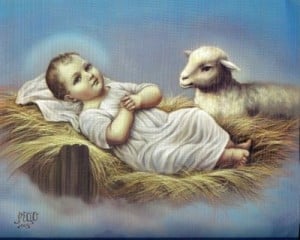 Tâ€™was eight centuries before Christ came to the earth,
The Holy Scriptures foretold of the Messiahâ€™s Birth.
The world was in peril with distress and gloom,
Far and wide there was destruction and doom.

People were lost – they were deaf, blind and dumb;
God promised a Savior one day would come.
The prophesies gave the details of His Birth,
It was certain Heâ€™d come to transform the earth.

Heâ€™d be born of a virgin, laid in a manger with hay,
Then His Hands and Feet pierced on His final day.
It was told where Heâ€™d be born and His Ancestral Line,
He would be King of Kings, completely Divine.

An angel told Mary that she would be the one
To give birth to Godâ€™s Child, His Only Begotten Son.
The Lord had a purpose for which He came;
God would be with us â€“ Immanuel, His Name;

Mankind would learn about peace, hope, and joy;
It would all come about in this small Baby Boy.
He was the Prince of Peace, a real Beacon of Light;
Reverent and Righteous; He taught wrong from right.

He came to restore us and showed us to care
And to help one another; He taught us to share.
Many followed and listened to all that He said.
Hearts and lives changed as their souls had been fed.

His Wisdom was divine, far beyond what theyâ€™d known;
Many traveled great distance; crowds really had grown.
He was a Humble Servant as He showed us pure love.
He taught us to know our Heavenly Father above.

He was Holy and Sinless, never even told a lie.
He was mocked, and beaten, then crucified to die.
Folks were amazed and confused with all that went on,
They didnâ€™t understandâ€¦until He was gone.

He made the sacrifice for our debt to be paid.
For upon Him all of our sins had been laid.
He was Goodness and Grace and came to relieve
The wretched grasp of satan to all who believe.

He was God as a Man to His last dying breath,
Then rose from the dead with His power over death.
This all actually happened, it isnâ€™t folklore.
He told us of Heaven and showed us thereâ€™s more.

Christ had come to save the souls on earth,
He offers deliverance and a second birth.
We call Him Jesus and He is with us today;
He is Lord of all Lords and He is the Way.

Heâ€™s the Counselor, Comforter, Redeemer and Friend,
He Reigns over all; His Rule never will end.
We celebrate His Birth and all that it means
With songs and displays of Nativity scenes.

His Amazing Grace is the actual reason
That we recognize and rejoice this season.
Again this year we celebrate His Holy Birth;
Merry Christmas to all and to all Peace On Earth! 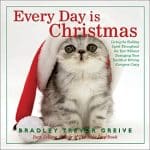 Poem : Every day is Christmas 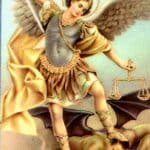 Prayer to St.Michael, the Archangel