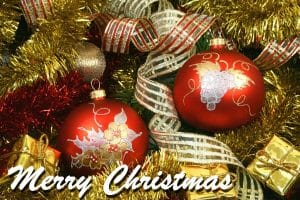 One afternoon about a week before Christmas, my family of four piled into our minivan to run an errand, and this question came from a small voice in the back seat: “Dad,” began my five-year-old son, Patrick, “how come I’ve never seen you cry?”

Just like that. No preamble. No warning. Surprised, I mumbled something about crying when he wasn’t around, but I knew that Patrick had put his young finger on the largest obstacle to my own peace and contentment — the dragon-filled moat separating me from the fullest human expression of joy, sadness and anger. Simply put, I could not cry.

I am scarcely the only man for whom this is true. We men have been conditioned to believe that stoicism is the embodiment of strength. We have traveled through life with stiff upper lips, secretly dying within.

For most of my adult life I have battled depression. Doctors have said much of my problem is physiological, and they have treated it with medication. But I know that my illness is also attributable to years of swallowing rage, sadness, even joy.

Strange as it seems, in this world where macho is everything, drunkenness and depression are safer ways for men to deal with feelings than tears. I could only hope the same debilitating handicap would not be passed to the next generation.

So the following day when Patrick and I were in the van after playing at a park, I thanked him for his curiosity. Tears are a good thing, I told him, for boys and girls alike. Crying is God’s way of healing people when they’re sad. “I’m glad you can cry whenever you’re sad,” I said. “Sometimes daddies have a harder time showing how they feel. Someday I hope to do better.”

Patrick nodded. In truth, I held out little hope. But in the days before Christmas I prayed that somehow I could connect with the dusty core of my own emotions.

“I was wondering if Patrick would sing a verse of ‘Away in a Manger’ during the service on Christmas Eve,” the church youth director asked in a message left on our answering machine.

My wife, Catherine, and I struggled to contain our excitement. Our son’s first solo.

Catherine delicately broached the possibility, reminding Patrick how beautifully he sang, telling him how much fun it would be. Patrick himself seemed less convinced and frowned. “You know, Mom,” he said, “sometimes when I have to do something important, I get kind of scared.”

Grownups feel that way too, he was assured, but the decision was left to him. His deliberations took only a few minutes.

From the time he was an infant, Patrick has enjoyed an unusual passion for music. By age four he could pound out several bars of Wagner’s Ride of the Valkyries on the piano.

For the next week Patrick practiced his stanza several times with his mother. A rehersal at the church went well. Still, I could only envision myself at age five, singing into a microphone before hundreds of people. When Christmas Eve arrived, my expectations were limited.

Catherine, our daughter Melanie and I sat with the congregation in darkness as a spotlight found my son, standing alone at the microphone. He was dressed in white, with a pair of angel wings.

Slowly, confidently, Patrick hit every note. As his voice washed over the people, he seemed a true angel, a true bestower of Christmas miracles.

There was eternity in Patrick’s voice that night, a beauty rich enough to penetrate any reserve. At the sound of my son, heavy tears welled at the corners of my eyes.

His song was soon over, and the congregation applauded. Catherine brushed away tears. Melanie sobbed next to me.

After the service, I moved to congratulate Patrick, but he had more urgent priorities. “Mom,” he said as his costume was stripped away, “I have to go to the bathroom.”

As Patrick disappeared, the pastor wished me a Merry Christmas, but emotion choked off my reply. Outside the sanctuary I received congratulations from fellow church members.

I found my son as he emerged from the bathroom. “Patrick, I need to talk to you about something,” I said, smiling. I took him by the hand and led him into a room where we could be alone. I knelt to his height and admired his young face, the large blue eyes, the dusting of freckles on his nose and cheeks, the dimple on one side.

He looked at my moist eyes quizzically.

“Patrick, do you remember when you asked me why you had never seen me cry?”

“Your singing was so wonderful it made me cry.”

Patrick smiled proudly and flew into my arms.

“Sometimes,” my son said into my shoulder, “life is so beautiful you have to cry.”

Our moment together was over too soon. Untold treasures awaited our five-year-old beneath the tree at home, but I wasn’t ready for the traditional plunge into Christmas just yet. I handed Catherine the keys and set off for the mile-long hike home.

The night was cold and crisp. I crossed a park and admired the full moon hanging low over a neighborhood brightly lit in the colors of the season. As I turned toward home, I met a car moving slowly down the street, a family taking in the area’s Christmas lights. Someone rolled down a window.

“Merry Christmas,” a child’s voice yelled out to me.

“Merry Christmas,” I yelled back. And the tears began to flow all over again.

Also read the story : Why should I celebrate Christmas?

This entry is filed under Stories. You can follow any responses to this entry through the RSS 2.0 feed. You can leave a response, or trackback from your own site.
Your Thoughts Are Welcome | Leave a Reply
Prev/Next Posts
« Story : Bobby’s Dime – Best Christmas Gift | Home | Story : What Child Is This? »
Subscribe For Free
Pages
Top Devotional Songs
Today's Top 10
Play Songs Online
Categories
Most Popular Articles
Most Discussed Posts