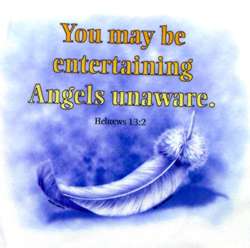 It was fifty years ago, on a hot summer day, in the deep south. We lived on a dirt road, on a sand lot. We were, what was known as “dirt poor”. I had been playing outside all morning in the sand.

Suddenly, I heard a sharp clanking sound behind me and looking over my shoulder, my eyes were drawn to a strange sight! Across the dirt road were two rows of men, dressed in black and white, striped, baggy uniforms. Their faces were covered with dust and sweat. They looked so weary, and they were chained together with huge, black, iron chains. Hanging from the end of each chained row was a big, black, iron ball.

They were, as polite people said in those days, a “Chain Gang,” guarded by two, heavily armed, white guards. I stared at the prisoners as they settled uncomfortably down in the dirt, under the shade of some straggly trees. One of the guards walked towards me. Nodding as he passed, he went up to our front door and knocked. My mother appeared at the door, and I heard the guard ask if he could have permission to get water from the pump, in the backyard, so that “his men” could “have a drink”. My mother agreed, but I saw a look of concern on her face, as she called me inside.

I stared through the window as each prisoner was unchained from the line, to hobble over to the pump and drink his fill from a small tin cup, while a guard watched vigilantly. It wasn’t long before they were all chained back up again, with prisoners and guards retreating into the shade, away from an unrelenting sun.

I heard my mother call me into the kitchen, and I entered, to see her bustling around with tins of tuna fish, mayonnaise, our last loaf of bread, and two, big, pitchers of lemonade. In what seemed “a blink of an eye”, she had made a tray of sandwiches using all the tuna we were to have had for that night’s supper.

My mother was smiling as she handed me one of the pitchers of lemonade, cautioning me to carry it carefully” and to “not spill a drop.” Then, lifting the tray in one hand and holding a pitcher in her other hand, she marched me to the door, deftly opening it with her foot, and trotted me across the street.

She approached the guards, flashing them with a brilliant smile. “We had some leftovers from lunch,” she said, “and I was wondering if we could share with you and your men.” She smiled at each of the men, searching their dark eyes with her own eyes of “robin’s egg blue.”

Everyone started to their feet. “Oh no!” she said. “Stay where you are! I’ll just serve you!” Calling me to her side, she went from guard to guard, then from prisoner to prisoner, filling each tin cup with lemonade, and giving each man a sandwich.

It was very quiet, except for a “thank you, ma’am,” and the clanking of the chains. Very soon we were at the end of the line, my mother’s eyes softly scanning each face.

The last prisoner was a big man, his dark skin pouring with sweat, and streaked with dust. Suddenly, his face broke into a wonderful smile, as he looked up into my mother’s eyes, and he said, “Ma’am, I’ve wondered all my life if I’d ever see an angel, and now I have! Thank you!”

Again, my mother’s smile took in the whole group. “You’re all welcome!” she said. “God bless you.” Then we walked across to the house, with empty tray and pitchers, and back inside.

Soon, the men moved on, and I never saw them again. The only explanation my mother ever gave me, for that strange and wonderful day, was that I “remember, always, to entertain strangers, for by doing so, you may entertain angels, without knowing.”

Then, with a mysterious smile, she went about the rest of the day. I don’t remember what we ate for supper, that night. I just know it was served by an angel.

This entry is filed under Stories. You can follow any responses to this entry through the RSS 2.0 feed. You can leave a response, or trackback from your own site.
Your Thoughts Are Welcome | Leave a Reply
Prev/Next Posts
« Story : The Hand that reaches out | Home | Do People Mistake You For Jesus »
Subscribe For Free
Pages
Top Devotional Songs
Today's Top 10
Play Songs Online
Categories
Most Popular Articles
Most Discussed Posts