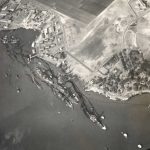 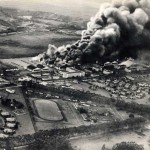 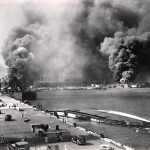 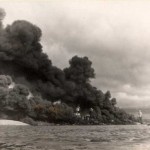 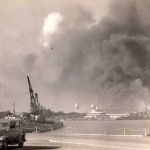 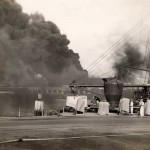 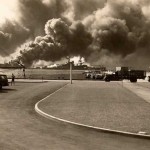 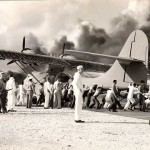 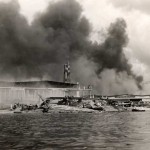 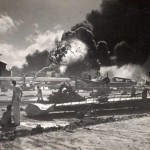 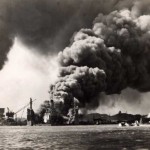 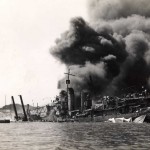 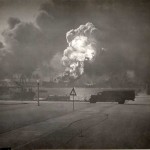 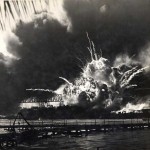 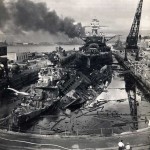 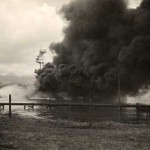 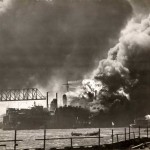 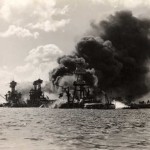 Given above are 18 pics taken when Pearl Harbor was bombed in 1941.

On Sunday, December 7th, 1941 the Japanese launched a surprise attack against the U.S. Forces stationed at Pearl Harbor, Hawaii. By planning this attack on a Sunday, the Japanese commander Admiral Nagumo, hoped to catch the entire fleet in port. As luck would have it, the Aircraft Carriers and one of the Battleships were not in port. (The USS Enterprise was returning from Wake Island, where it had just delivered some aircraft. The USS Lexington was ferrying aircraft to Midway, and the USS Saratoga and USS Colorado were undergoing repairs in the United States.)

In spite of the latest intelligence reports about the missing aircraft carriers (his most important targets), Admiral Nagumo decided to continue the attack with his force of six carriers and 423 aircraft. At a range of 230 miles north of Oahu, he launched the first wave of a two-wave attack. Beginning at 06:00 hours his first wave consisted of 183 fighters and torpedo bombers which struck at the fleet in Pearl Harbor and the airfields in Hickam, Kaneohe and Ewa. The second strike, launched at 07:15 hours, consisted of 167 aircraft, which again struck at the same targets.

When it was over, the casualties were very high. US lost many of its battleships and cruisers in this bombing. This brought the United States into World War II. And all of you are well aware of the aftermath of World War II.

War, in any form, is the greatest cruelty against human life. No war can bring peace. War only results in more war and war.

Lets remember these and the lessons that History teach us and strive to attain peace. 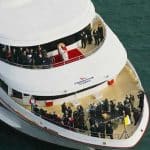 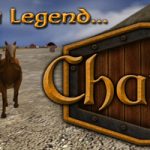