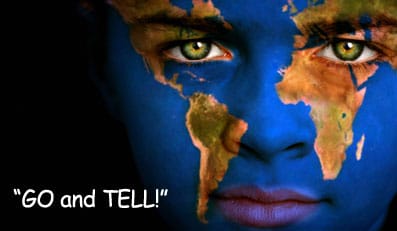 This Sunday, on the 23rd of October, we are celebrating the 85th Mission Sunday. Annually, World Mission Sunday is celebrated on the last but one Sunday of October. This Sunday is set aside to think about our Mission to the world and is a reminder to us as to who we are and what we have to do.

The mission comes directly from Jesus to his disciples to go out to the whole world and proclaim the gospel to all creation. He told them to go everywhere to preach the word of God, to heal and Baptize people in his name. This Sunday is an important day in the life of the Church because it teaches how to sacrifice and to give their share as an offering made to God, for the service of the missions of the world.

The theme of this yearâ€™s celebration is, â€œAs the Father has sent me, so I send you.â€ Pope Benedict opened his remarks by emphasizing that the â€œannouncement of the Gospel is destined for everyone.â€ He added that the Church exists to evangelize. Her activity, in conformity with the word of Christ and under the influence of His grace and charity, becomes fully and truly present in all individuals and all people in order to lead them to faith in Christ.Â The task of spreading the Gospel, then, has lost none of its urgency today. But the Church cannot â€œrest easyâ€ at the thought that â€œthere are people who still do not know Christ, who have not yet heard His message of salvation.â€

Every year the needs of the Catholic Church in the Missions grow – as new dioceses are formed, as new seminaries are opened because of the growing number of young men hearing Christ’s call to follow Him as priests, as areas devastated by war or natural disaster are rebuilt, and as other areas, long suppressed, are opening up to hear the message of Christ and His Church. That is why the involvement and commitment of Catholics from around the world is so urgently needed. Offerings from Catholics in the United States, on World Mission Sunday and throughout the year, are combined with offerings to the Propagation of the Faith worldwide.

As described by Pope John Paul II, World Mission Sunday is “an important day in the life of the Church because it teaches how to give: as an offering made to God, in the Eucharistic celebration and for all the missions of the world”.

As the Father has sent me, so I send you. Are you ready for the mission?