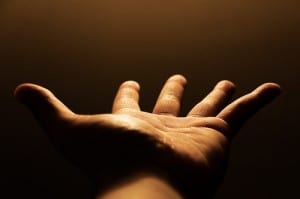 There once was a happy monkey wandering the jungle, eating deliciousÂ fruit when hungry, and resting when tired. One day he came upon aÂ house, where he saw a bowl of the most beautiful apples. He took oneÂ in each hand and ran back into the forest.

He sniffed the apples and smelled nothing. He tried to eat them, butÂ hurt his teeth. They were made of wood, but they were beautiful, andÂ when the other monkeys saw them, he held onto them even tighter.

He admired his new possessions proudly as he wandered the jungle. TheyÂ glistened red in the sun, and seemed perfect to him. He became soÂ attached to them, that he didn’t even notice his hunger at first.

A fruit tree reminded him, but he felt the apples in his hands.Â He couldn’t bear to set them down to reach for the fruit. In fact, heÂ couldn’t relax, either, if he was to defend his apples. A proud, butÂ less happy monkey continued to walk along the forest trails.

The apples became heavier, and the poor little monkey thought aboutÂ leaving them behind. He was tired, hungry, and he couldn’t climb treesÂ or collect fruit with his hands full. What if he just let go?

Letting go of such valuable things seemed crazy, but what else couldÂ he do? He was so tired. Seeing the next fruit tree, and smelling it’sÂ fruit was enough. He dropped the wooden apples and reached up for hisÂ meal. He was happy again.

Like that little monkey, we sometimes carry things that seem tooÂ valuable to let go. A man carries an image of himself as “productive”Â – carries it like a shiny wooden apple. But in reality, his busynessÂ leaves him tired, and hungry for a better life. Still, letting goÂ seems crazy. Even his worries are sacred apples – they prove he’sÂ “doing everything he can.” He holds onto them compulsively.

This is a hard thing to see. We identify so strongly with our thingsÂ even, feeling pain when our cars are dented. How much more powerfullyÂ will God identify us with our Faith & and God’s commandments? ? HaveÂ you obeyed them ? but we have always searched after vain pleasures toÂ make us happy , Yet they don’t always feed our souls, do they? And weÂ become tired of defending them.

How else could the story end?

The monkey might be found dead of hunger, under a beautiful tree, withÂ fruit within reach, but still grasping his wooden apples.

I chose to end it with him letting go, because only with open handsÂ can we receive anything , Ask God & He will give you more greaterÂ riches. 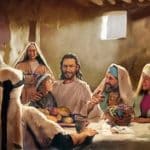 Story : Rags at the Banquet 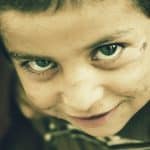 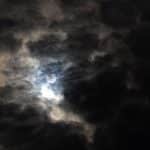 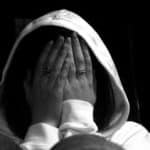