Christianity – Gospel of The Second Chance 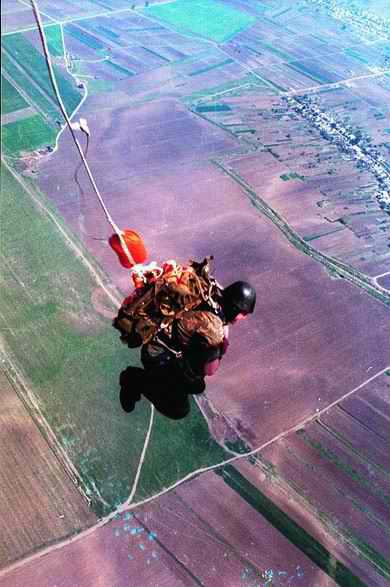 A young man was learning to be a paratrooper. Before his first jump, he was given these instructions:

Jump when you are told.
Count to ten and pull the rip cord.
In the unlikely event your parachute doesn’t open, pull the emergency rip cord.
When you get down, a truck will be there to take you back to the airport.


The young man memorized these instructions and climbed aboard the plane. The plane climbed to ten thousand feet and the paratroopers began to jump. When the young man was told to jump, he jumped.

“Oh great,” said the young man. “And I suppose the truck won’t be there when I get down either!”

Have you ever felt like that young man? Have you had so many failures and disappointments in life that you just don’t expect anything to go right for you? When nothing at all goes right?

Well, unlike the young man in our story, there is hope. In Jesus Christ, we can be forgiven for the failures of the past and we can start all over.

Christianity is sometimes called the “gospel of the second chance” because our failures never have to be fatal. That’s what the grace of God is all about.

Even though our parachutes fail to open, we can always fall into the loving arms of our heavenly Father.

This entry is filed under Think N Grow. You can follow any responses to this entry through the RSS 2.0 feed. You can leave a response, or trackback from your own site.
Your Thoughts Are Welcome | Leave a Reply
Prev/Next Posts
« You Ask Why I Follow This Jesus | Home | Story : Who’s Your Daddy »
Subscribe For Free
Pages
Top Devotional Songs
Today's Top 10
Most Discussed Posts