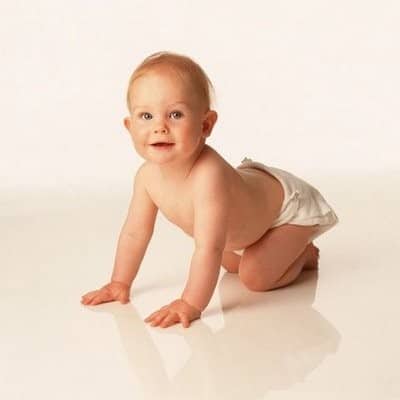 After completing the work of creation, God, the Father blessed the first couple entrusting them with a special task, saying: â€œBe fruitful and multiply, and fill the earth and subdue itâ€¦â€ (Gen. 1:28). The Psalmist, who grasped the content and message of this great invitation, sang beautifully filled with the Spirit of the Lord: â€œSons are indeed a heritage from the Lord, the fruit of the womb a reward. Like arrows in the hand of a warrior are the sons of oneâ€™s youth. Happy is the man who has his quiver full of them. He shall not be put to shame when he speaks with his enemies in the gateâ€ (Ps. 127:3-6). A few decades have passed after the spine of the theory of population explosion propagated by the proponents of demography was deplorably broken.

We can see couples who hail from two contrary poles: the first group is those who are devoutly and prayerfully waiting to get a child. They go about in fast, penance and alms-giving from one retreat centre to another, from one charismatic convention to another, from one guru to another, with much hope and longing! Contrary to this is the second category. We can see them line up in front of abortion clinics, government hospitals and even at the door of quacks and primitive doctors! They have not accepted their child as a gift from God, though they got it sometimes as the outcome of their own loose life!

Not long ago we have read a report about tourist countries where the flesh of aborted children is cooked to fill the stomach of those human cannibals who go to tourist resorts and five star hotels! It is not an amazing thing. Centuries before God Himself warned mankind concerning this sort of atrocities: â€œYou shall eat the flesh of your sons, and you shall eat the flesh of your daughtersâ€ (Lev. 26:29). â€œThe hands of compassionate women have boiled their own children; they became their food in the destruction of my peopleâ€ (Lam. 4:10).

Prior to conception the parents should conceive the children in their hearts! That is why the Lord said to Jeremiah: â€œBefore I formed you in the womb I knew you, and before you were born I consecrated you; I appointed you a prophet to the nationsâ€ (Jer. 1:5). The children, who were given birth in the hearts of their parents before they were really conceived in the wombs, will leap like John the Baptist from the motherâ€™s womb filled with the Holy Spirit! In the life of such mothers also great divine interventions will take place as happened to Mary and Elizabeth! They shall be a blessing. The couple who place their hands every day on the womb during the pregnancy to pray that the child be filled with the Holy Spirit is an excellent example for all couples.

Children have access to the presence of God all the time. The Gospels portray Christ who rebukes the disciples who chased the children who came to him. Our Lord categorically declares that those who do not become like innocent children will not enter the Kingdom of God. To give birth to children and bring them up is a responsible and demanding task. All are called for that. The grace of God is sufficient for success in this great mission. Each child is an indispensable link in the chain of generations. In each child a generation is concealed. That is why God said to Abraham: â€œI will make you a great nation, and I will bless you, and make your name great, so that you will be a blessingâ€ (Gen.12:2). To kill a child is equal to kill a generation or a people! Each child is a link of generations that will incessantly continue until the end of the world. Let this link be not broken, let us not break it.

Children may ask us unanswerable questions, they may criticize us, and they may trouble us. Allow them to grow in their own way. The boy Jesus also troubled the scholars and teachers in the Temple of Jerusalem! At times, the birth of some infant takes away the peace and sleep from parents and others. When Herod heard about the birth of child Jesus he became restless and sleepless. That is why he brutally killed around two hundred infants. Today a similar killing is taking place; only the difference is that today they are killed in the womb.

Like Mother Mary, we should be able to see a savior in every child. Once, a devotee complained to God: â€œWhy are you not giving us a doctor who can give medicine for Aids and cancer?â€ God replied: â€œI have sent two men into the world with the proper cure. But their parents did not allow them to see the lightâ€. No child is born accidentally. Children are born with a mission and a task to be accomplished. Those who hinder this, in effect, act against the Divine plan. Sinners who repent should bear the fruits of conversion.

After the first fratricide in human history, God said to the murderer, Cain: â€œWhat have you done? Listen; your brotherâ€™s blood is crying out to me from the ground!â€(Gen. 4:10). On another occasion He said: â€œAnd be sure your sin will find you outâ€ (Num. 32:23). But still the merciful Lord gives us a string of hope, saying: â€œHave you sinned my child? Do so no more, but ask forgiveness for your past sinsâ€ (Sir. 21:1). â€œHe does not deal with us according to our sins, nor repay us according to our iniquitiesâ€ (Ps. 103:10). There is no dirt that cannot be cleansed by a bath in Christâ€™s blood. There is no wound that cannot be healed with the anointing of His blood.

Let us walk towards Him to be anointed with His blood which is the only antidote for all our infirmities and maladies! Let us resolve to side with the unborn innocent children. Let us pray for them. Let us intercede for them so that the Lord of life may save us from the clutches of this culture of death. 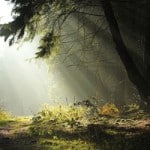 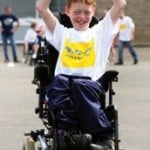 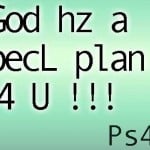