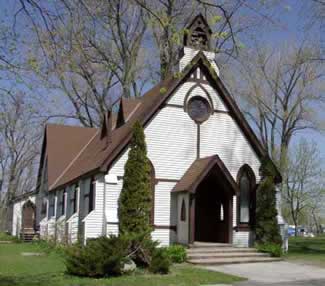 I saw him in the church building for the first time on Wednesday. He was in his mid-70’s, with thinning silver hair and a neat brown suit. Many times in the past I had invited him to come. Several other Christian friends had talked to him about the Lord and had tried to share the good news with him.

He was a well-respected, honest man with so many characteristics a Christian should have, but he had never put on Christ, nor entered the doors of the church.

“Have you ever been to a church service in your life?” I had asked him a few years ago. We had just finished a pleasant day of visiting and talking.

He hesitated. Then with a bitter smile he told me of his childhood experience some fifty years ago. He was one of many children in a large impoverished family. His parents had struggled to provide food, with little left for housing and clothing. When he was about ten, some neighbors invited him to worship with them.

The Sunday School class had been very exciting! He had never heard such songs and stories before!

He had never heard anyone read from the Bible! After class was over, the teacher took him aside and said, “Son, please don’t come again dressed as you are now. We want to look our best when we come into God’s house.”

He stood in his ragged, un-patched overalls. Then looking at his dirty bare feet, he answered softly, “No, ma’am, I won’t ever.”

“And I never did,” he said, abruptly ending our conversation. There must have been other factors to have hardened him so, but this experience formed a significant part of the bitterness in his heart.

I’m sure that Sunday School teacher meant well. But did she really understand the love of Christ? Had she studied and accepted the teachings found in the second chapter of James?

What if she had put her arms around the dirty, ragged little boy and said, “Son, I am so glad you are here, and I hope you will come every chance you get to hear more about Jesus.”

I reflected on the awesome responsibility a teacher or pastor or a parent has to welcome little ones in His name. How far reaching her influence was!

I prayed that I might be ever open to the tenderness of a child’s heart,and that I might never fail to see beyond the appearance and behavior of a child to the eternal possibilities within.

Yes, I saw him in the church house for the first time on Wednesday. As I looked at that immaculately dressed old gentleman lying in his casket,I thought of the little boy of long ago. I could almost hear him say, “No, ma’am, I won’t ever.”

This entry is filed under Stories. You can follow any responses to this entry through the RSS 2.0 feed. You can leave a response, or trackback from your own site.
Your Thoughts Are Welcome | Leave a Reply
Prev/Next Posts
« A Dad’s Poem – To My Child | Home | Poem : Ten Little Christians »
Subscribe For Free
Pages
Top Devotional Songs
Today's Top 10
Play Songs Online
Categories
Most Popular Articles
Most Discussed Posts