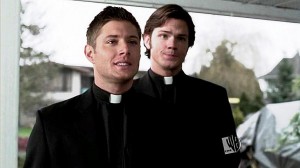 Two priests die at the same time and meet St. Peter at the Pearly Gates. St. Peter says, “I’d like to get you guys in now but our computers are down. You’ll have to go back to Earth for about a week, but you can’t go back as humans. What’ll it be?”

The first priest says, “I’ve always wanted to be an eagle, soaring above the Rocky Mountains.”
“So be it,” says St. Peter, and off flies the first priest.

The second priest mulls this over for a moment and asks, “Will you be keeping track of us, St. Peter ?”
“No, I told you the computer is down. There’s no way we can keep track of what you are doing. This week’s a freebie.”
“In that case,” says the second priest, “I’ve always wanted to be a stud.”
“So be it,” says St. Peter, and the second priest disappears.

A week goes by, the computer is fixed and the Lord tells St. Peter to recall the two priests.
“Will you have trouble locating them?” He asks.

“The first one should be easy,” says St. Peter. “He’s somewhere over the Rocky Mountains, flying with the eagles. But the second one could prove to be more difficult.”
“Why?” asks the Lord.
“Because he’s on a snow tire somewhere in Alaska.” 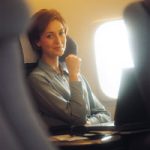 Jokes : Then you can ask him 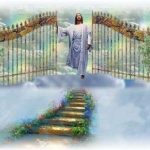 Jokes : The Gates of Heaven 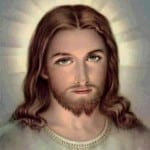 Poem : The Face of Jesus