How Much Does A Prayer Weigh 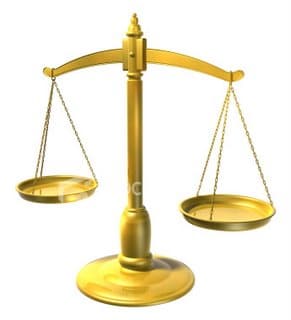 There is a story of a grocery store owner who tried to weigh one. A tired-looking woman came into the store and asked for enough food to make a dinner for her children. The grocer asked her how much she could spend. The frail woman answered, “I have nothing to offer but a little prayer.”

The storekeeper was not very sentimental nor religious, so he said, half-mockingly, “Write it on paper, and I’ll weigh it.”

So she did. The grocer placed the prayer on the weight side of his old-fashioned scales. Then he began piling food on the other side; but to his amazement, the scale would not go down. He finally became flustered and gave the woman a large bag of food.

The grocer never saw the woman again, but he treasures the slip of paper upon which the woman’s prayer had been written; “Please, Lord, give us this day our daily bread.”

Posted in Stories | No Comments yet, your thoughts are welcome
April 18th, 2009

How To Treat Others 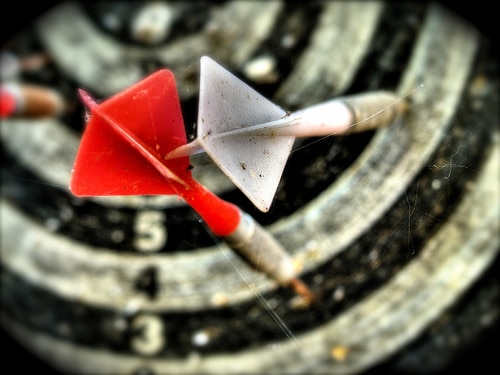 A young lady named Sally relates an experience she had in class, given by her teacher, whom we’ll call Brother Smith. She says Brother Smith was known for his elaborate object lessons. One particular day, Sally walked into class and knew they were in for another fun day.

On the wall was a big target and on a nearby table were many darts. Brother Smith told the students to draw a picture of someone that they disliked or someone who had made them angry and he would allow them to throw darts at the person’s picture.

The class lined up and began throwing darts, with much laughter and hilarity. Some of the students threw their darts with such force that their targets were ripping apart. Sally looked forward to her turn, and was filled with disappointment when Brother Smith, because of time limits, asked the students to return to their seats.

As Sally sat thinking about how angry she was because she didn’t have a chance to throw any darts at her target, Brother Smith began removing the target from the wall. Underneath the target was a picture of Jesus. A complete hush fell over the room as each student viewed the mangled picture of Jesus. Holes and jagged marks covered His face and His eyes were pierced out.

No other words were necessary. The tear-filled eyes of each student focused only on the picture of Christ. The students remained in their seats even after the bell rang, then slowly left the classroom, tears streaming down their faces.

Posted in Stories | No Comments yet, your thoughts are welcome
April 16th, 2009

Story : Cut The Rope And Trust In GOD 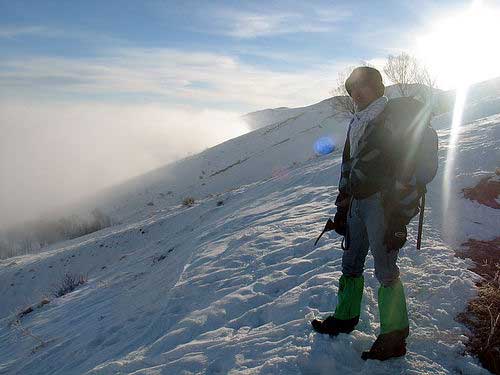 They tell the story of a mountain climber, who desperate to conquer the Aconcagua, initiated his climb after years of preparation. But he wanted the glory to himself, therefore, he went up alone. He started climbing and it was becoming later, and later. He did not prepare for camping but decided to keep on going. Soon it got dark…

Night fell with heaviness at a very high altitude. Visibility was zero. Everything was black. There was no moon, and the stars were covered by clouds. As he was climbing a ridge at about 100 meters from the top, he slipped and fell. Falling rapidly he could only see blotches of darkness that passed. He felt a terrible sensation of being sucked in by gravity.

He kept falling….and in those anguishing moments good and bad memories passed through his mind. He thought certainly he would die. But then he felt a jolt that almost tore him in half. Yes!! Like any good mountain climber he had staked himself with a long rope tied to his waist.

In those moments of stillness, suspended in the air he had no other choice but to shout, “HELP ME GOD”, “HELP ME!”

All of a sudden he heard a deep voice from heaven.. “What do you want me to do?”

“Do you REALLY think that I can save you?”

“Then cut the rope that is holding you up.”

There was another moment of silence and stillness. The man just held tighter to the rope.

TWO FEET OFF THE GROUND!!!

How about you? How much are you trusting in that rope? Why don’t you let it go?

I tell you, God has great and marvelous things for you.

CUT THE ROPE AND SIMPLY TRUST IN HIM…