Near Seattle Washington: A picture taken by a 12-year-old Kirkland girl during the holiday week in December surprised her family by capturing a mysterious object.

The girl, her family and her 15-year-old friend were staying at cabins overlooking a river in Winthrop when the incident occurred. At sunset, the girl was experimenting with a new digital camera she had received as a gift. The girl and her 15-year-old friend took pictures of each other, snow on the trees and snowflakes at night. At one point, they saw an object moving and tried to capture it on camera. And see the result above.

Hear it from the same girl. She is not sure what it was. But she says it has strong resemblence to Virgin Mary. Is this another Apparition of Virgin Mary? 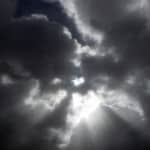 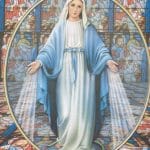