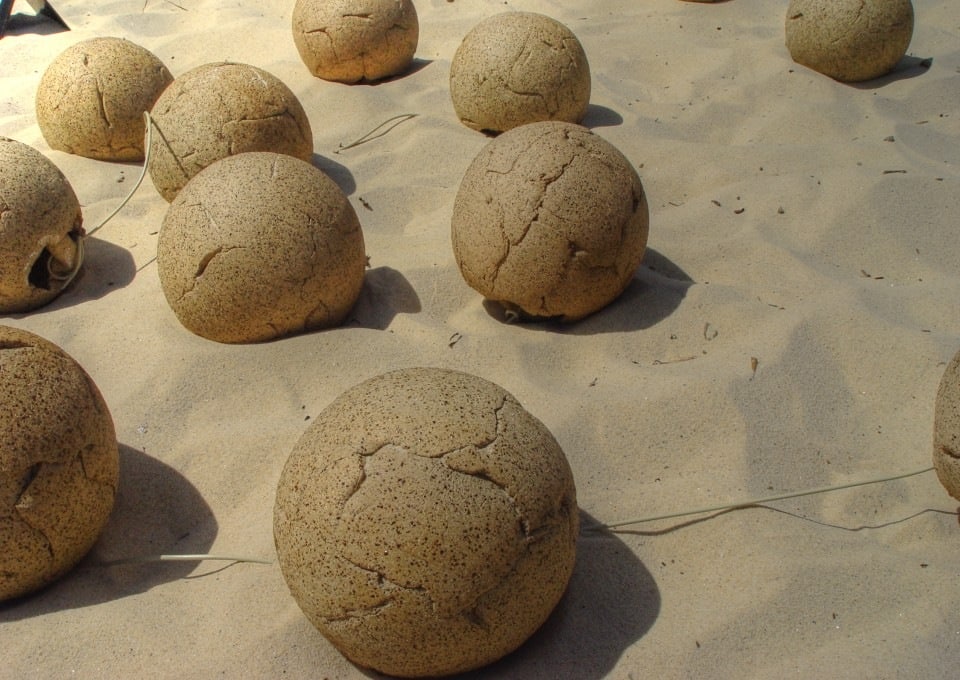 I remember reading a story once about a man who was exploring some caves by the seashore. In one of the caves he found a canvas bag with a bunch of hardened clay balls. It was like someone had rolled up some clay and left them out in the sun to bake. They didn’t look like much, but they intrigued the man so he took the bag out of the cave with him.

As he strolled along the beach, to pass the time, he would throw the clay balls one at a time out into the ocean as far as he could throw.

He thought little about it until he dropped one of the balls and it cracked open on a rock. Inside was a beautiful, precious stone. Excited, the man started breaking open the remaining clay balls. Each contained a similar treasure. He found thousands of dollars worth of jewels in the 20 or so clay balls he had left, then it struck him.

He had been on the beach a long time. He had thrown maybe 50 or 60 of the clay balls with their hidden treasure into the ocean waves. Instead of thousands of dollars in treasure, he could have had tens of thousands, but he just threw it all away.

You know sometimes, it’s like that with people. We look at someone, maybe even ourselves, and we see the external clay vessel. It doesn’t look like much from the outside. It isn’t always beautiful or sparkling, so we discount it; we see that person as less important than someone more beautiful or stylish or well known or wealthy.

But we have not taken the time to find the treasure hidden inside that person. There is a treasure hidden in every one of us. We are wonderfully made. Not just our physical bodies, our spiritual selves, which are sometimes hidden from others by the ‘earthen vessel’.

But if you take the time to get to know that person, and if you ask the Spirit to show you that person the way He sees them, then the clay begins to peel away and the brilliant gem begins to shine forth.