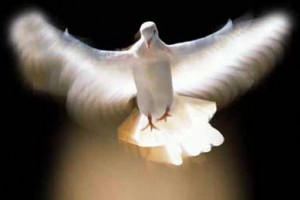 Who Is the Holy Spirit?

The Holy Spirit is God, based on the Bible.

In a Barna survey in 1997, 61% of US residents surveyed agreed with the statement the the Holy Spirit is “a symbol of God’s presence or power, but is not a living entity”. Even more : that answer was held by a majority or near-majority of those in most every Christian denominational family, including mainline Protestants and evangelical Christians, and was most common in non-whites and young people. It’s not a new view. Back in the days of the early church, some held that the Holy Spirit was an ’emanation’ of God the Father, and others thought of the Spirit in the same terms as the Talmudic discussions on the divine Shekinah (Presence), as an expression of what Christians call the ‘Father’. Those are not far off, they’re just describing part of a larger picture, like speaking of an elephant by describing its ears without reference to its trunk, tusks, or thick legs.

Scripture shows that the Holy Spirit is a person and is God :

1. the Spirit’s work in the Old Testament is closely identified with the Word of YHWH spoken by the prophets (this was affirmed by the early church in 2 Peter 1:21).
2. the close ties between Jesus’ mission and the work of the Spirit (see the work of the Spirit).
3. the close ties between the mission of the apostles and the work of the Spirit; esp. see 1 Peter 1:12.
4. The episode with Hananiah (Ananias) in Acts 5, where first, Peter says that Hananiah lied to the Holy Spirit, then later says that he lied not to men but to God.
5. The trinitarian baptismal formula found in Scripture ( Matt 28:19): “in the name of the Father and of the Son, and of the Holy Spirit”. It dates to the church’s earliest days.
6. Jesus made a habit of confronting traditions with “box-breaking” actions. He ate with tax collectors and other scorned people, He turned over the tables of the money changers in the temple, He talked to the woman at the well, He healed the occupier-centurion’s daughter. The Holy Spirit does the same kind of thing in Acts, and ever since.

The Spirit As A Person

In the Bible, the Holy Spirit has intellect, passions, and will, and can be grieved. In short, the Spirit has a personality.

The key way of giving the Holy Spirit grief is malice, which is shown as bitterness, rage, anger, clamor (making lots of noise and disruption), and slander. Paul follows this description by what makes for a happy Holy Spirit : forgiving others as, in Christ, God forgave you.

The Spirit can act in whatever manner the Spirit wants to act. The Spirit generally acts through the church, but doesn’t have to; the Wind blows where it will. The Spirit is free not to always be seriously focused on those purposes; the Spirit can have fun while at work.

This is all stuff that can’t be true of a mere (or even ‘The’) Force. That is how we often experience the Spirit and know of the Spirit’s presence, but that is not what the Spirit is. As God, the Spirit is cause, and that cause has effect. Yet, there are those in the Christian churches who reduce the Holy Spirit to a force, or to a collective will or a living memory of the gathered believers, or the force of emotion or conscience within a person. Those people, fine as they may be, are describing a different spirit than the Holy Spirit as viewed by the Christian faith. The Spirit works in all of these ways and more, yet against all of them at times. The Spirit works in whatever ways are needed to do what needs to be done, except in choosing not to take forceable control of people’s actions.

THE SPIRIT IN THE OLD TESTAMENT

The Spirit shows up in the Old Testament (OT), especially in the prophets’ books.

1. The OT does not use nephesh (soul of earthly beings) to describe God. It uses ruach.
2. The OT does not present ruach as the mediator between God and humans. The Spirit is God at work, not a go-between. The word ruach means a movement of air (wind, breath)
3. There are ‘general’ references to the Spirit of God, such as in Genesis 44:38 on the lips of a non-believer. When that happens, the term may have been used to mean ‘divine spirit’, a recognition that a god (whomever the god is) is at work, and some sort of power or authority beyond the usual is rather obviously causing things to happen.
4. The Messiah is said by Isaiah to be specially endowed with God’s spirit : Isaiah 11:2; 42:1; 61:1.
5. The Spirit is seen as God’s presence in the hearts of each believer : Psalm 51:11; Psalm 139:7.
6. In Ezekiel (37:9) and Isaiah (34:16; 48:16; 63:10), there is a hint of personality, unlike in the rest of the Hebrew Scriptures.

In the main OT Jewish way of looking at it, the Spirit was a life force or energy of God, the operational side of what a Christian would term “the Father”, rather than a Person in the Trinitarian sense. A psalmist speaks of God’s ‘Spirit’ acting in a personal way (Psalm 143:10), but the use of ‘spirit’ there is probably another way to say ‘God’ (Hebrew poetry uses many ways to say the same or similar things). Isaiah and Ezekiel give hints toward envisioning the person-ness of the Spirit, but it is not until the writings between the testaments that this vision takes on a clearer shape, and not until Christ that it is given its full dimension.
for more on the Holy Spirit and the Spirit’s work.

The Spirit is ‘holy’ – unlike anything else, by being greater.

On the Holy Spirit Working Among Us

“In Luke … receiving the Holy Spirit is the way that those who already believe in Christ are empowered to serve Him. …. It’s more important to focus on how one lives the Spirit-filled life than on a rigid formula for receiving it…. Receiving the Spirit in the Lucan sense is not a one-time event, but an ongoing way of life.” —— Larry Christenson (attrib.)

“the Spirit has his own existence and personal function in the inner life of God and the economy of salvation: his task is to bring about the unity of the human race in the Body of Christ, but he also imparts to this unity a personal, and hence diversified, character.” —— John Meyendorff, *The Orthodox Church*, p.197

“The work of the Spirit is the bringing to be of the vision of God….the capacitating of persons to ‘see visions’ and ‘dream dreams’. …. The birth of the Church is the beginning of the End. ….. The Kingdom of God as the miracle of ocular newness when ‘the blind see’ makes its impact on history in the creation of a visionary community . The tongues were the language of the world to come… Therefore in this birth of the Church, the risen and ascended Lord takes to himself a Body on earth with eyes opened by the Spirit to see the future. —— Gabriel Fackre, *A Christian Story* The Descended Spirit

“The Holy Spirit, object of faith, is also an object of prayer : we must not only pray that we receive the Holy Spirit. We must pray to him.” —— Karl Barth, *The Faith Of the Church*

Every time we say, “I believe in the Holy Spirit,” we mean that we believe that there is a living God able and willing to enter human personality and change it. —— J. B. Phillips, *Plain Christianity*

Thy Holy Spirit, Lord,
can bring the gifts we seek in prayer;
His voice can words of comfort speak
and still each wave of care. 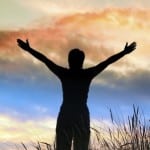 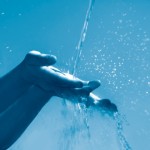 Full of Faith and Holy Spirit 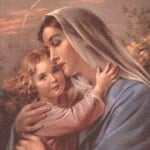 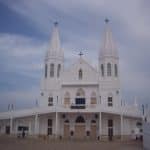 2 thoughts on “The Holy Spirit”