Please listen to these new tamil christian mp3 songs from 2013. Click on the play button under each song to play the song online.

You can just click on the play buttons under each of the song titles to play and hear the song online from this web page. We will be posting more new Tamil christian devotional songs in this website soon. Stay tuned. God bless you all.

First of all, praises for our beloved Lord to make our second song “Ummaalae” a successful one and thanks for each one of you for your prayers and support. We were just planning for our next song. But we think it’s our Lord’s wish for us to come up with this Christmas song 2012.

Play Devan Varugintarae song by clicking on the play button below.

We prayed and started with a tune and we finally ended up with this beautiful tune ‘Devan Varugintarae’. Initial tune was created by Edwin Sam. Then we made some changes and began to work on this.

Lyrics were written by Biju Dotson. Then Biju and Edwin started working on the music composition. We used the keyboard from Alpha Revival AG Church, Nagercoil, which was played by Biju. Guitar was played by Edwin. Recording was done by Venu. Song was sung by Edwin, Biju and another vocal who has made an entry through this song, Karthik. Music editing and mixing was done by Biju, which makes the audio, complete.

As soon as audio was finished, we thought of withdrawing the video part, since we have lesser time before Christmas 2012. But Anish Sam was not satisfied with this. This is the time he introduced the team Mcube to ELUZAIzz. Mcube consists of Anish’s friends Kingston and Danny Blaze. Video was taken and edited by Kingston and directed by Danny & Anish. They helped us in making our video within time. Our friends Britto and Siva Sekar also helped in many ways for making up this video.

We ELUZAIzz always love our Creator and that is our passion. Each member of ELUZAIzz has a passion towards Lord Jesus. In this song we expressed the beauty of our infant Jesus and the reason why he came to earth. We want all to remember why the lord was born on earth and to realize the importance of the Christmas.

We are happy to hear your thoughts and feedback. PRAISE THE LORD & PEACE BE WITH YOU!

Posted in Videos | No Comments yet, your thoughts are welcome
October 21st, 2012 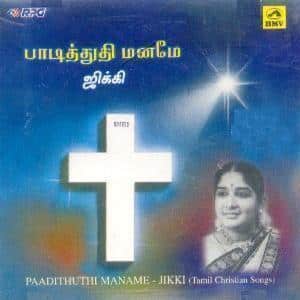 The music directors of Paadithuthi Maname album are T A Kalyanam and Rev Fr M A Thamburaj. All the songs are sung by the artist Jikki. The lyrics are from Rev Fr Joe Adaikkalam and Rev Fr A J Adaikkalam. The music album was released in 1998 by Saregama.