Obtain Assurance From The Scriptures 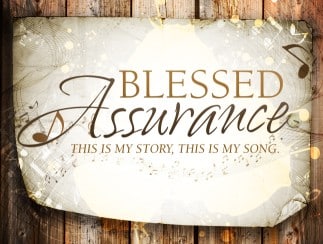 Assurance is defined as ‘something that is designed to inspire confidence’. You can consider 2012 as a new beginning. You can decide what you want to accomplish this year. You can commit your plans to the Lord. But until you get the assurance that God is present in this whole affair, your confidence level would be on a low level. So it is important that you get assurance about your plans and actions.

We can ask experts to give us wise counsel. We can refer books to get helpful insights. These are good ways of building up confidence. But going to the Holy Bible works better than any other way! Psalm 119:105 (NLT) says, “Your word is a lamp to guide my feet and a light for my path.”

When we are not sure of our steps, God gives us assurance through His Word. When we feel confused about the actions we got to take, God’s Word brings clarity to our actions.

The disciples of Jesus have experienced the assurance that came through His Word. They knew that only Jesus could grant it to them. That is why Peter exclaimed, “Lord, to whom shall we go? You have the words of eternal life”! (John 6:68).

Here are two major ways that help you obtain assurance from the Scriptures:

2) Follow the peace. God’s peace works as an umpire. Colossians 3:15 (AMP) says, “And let the peace (soul harmony which comes) from Christ rule (act as umpire continually) in your hearts [deciding and settling with finality all questions that arise in your minds…” As you continue in the Scriptures, check the level of your peace. The more you sense peace, the more your confidence level increases.

After searching the Scriptures, if you find that your plans do not line up with God’s Word, be willing to change your plan. Ask God for a better plan. Also, if you do not sense peace in your heart, ask God to give you a solution. He will surely give you a better solution which you may have never thought of earlier.

So, remember: You must obtain assurance from the Scriptures before you launch out!

In the next post, we are going to have the fifth step to starting 2012 afresh. In the meantime, what are some of your experiences about being guided by God through His Word? Add these in the comments section below.

– – – written by Joe Abraham from www.joeandancy.com

Posted in Think N Grow | No Comments yet, your thoughts are welcome
November 23rd, 2011

Bible : The Best Book In The World 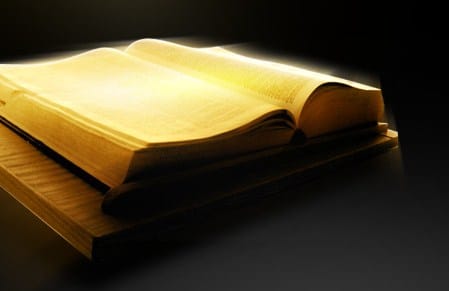 Why is the Bible the best book in the world?

The authenticity of the scriptures is also revealed in the fact that the prophecies come true in due time. The Bible is unique. Holy Bible is the best book in the world. There is no book in the world like it. It covers a period of 1600 years (1500 B.C. to A.D. 100) and was written by 40 different men from all walks of life. Some were kings, priests, and prophets; others were simple fishermen and farmers. Some were highly educated, like Moses and the apostle Paul; others had no formal education.

Jesus stated that the Old Testament is God’s Word (Mt. 5:17-18; 24:15; Lk. 24:44; Jn. 10:35). He confirmed the authorships of Moses, King David, the prophets Isaiah and Daniel. He validated the truth of such historical events as God’s creation of Adam and Eve, Noah and the universal flood, the destruction of Sodom and Gomorrah, and Jonah being swallowed by a great fish. When tempted by the Devil, He did not answer with His own words of wisdom but countered each temptation with, “It is written,” followed by quotations from the Hebrew Scriptures (Mt. 4:4, 7, 10).

In Luke 4:25-27 Jesus confirmed the divine miracles recorded in the Hebrew Bible (TANAK) , concerning Old Testament revelation, stated, “I tell you solemnly, till heaven and earth disappear, not one dot, not one little stroke, shall disappear from the Law until its purpose is achieved” (Mt. 5:18). In other words, Jesus affirmed the inspiration, inerrancy and accuracy of the Hebrew Scriptures.

Nothing in the Bible is a Myth

There is no myth in Bible, the best book in the world. The theologians teach the WORD Ministry saying that the first 7 chapters in the book of Genesis, the book of Job, and the crossing of the Red Sea is a “MYTH” The book of Job is the oldest book written by Job himself, in Arabic and was later translated into Hebrew by Moses.

The books of the Old Testament were canonized throughout Israel’s history and divided into three sections: the Pentateuch (Five Books of Moses), Prophets and Writings. Jesus accepted these three divisions, and the books contained therein as God’s Word (Lk. 24:44); and He taught the authority, reliability, unity, clarity, sufficiency, historicity, inspiration, revelation, inerrancy, infallibility, and indestructibility of the Old Testament.

The Jewish Canon (Tanak) is not arranged in the same order as our Old Testament. Divided into three sections, consist of Torah the first 5 Books then the Prophets (Nevi’im) of 19 books and lastly Writings (Kethuvim) of 11 books; the total is 35 books. It begins with Genesis, and concludes 2 Chronicles. This order explains Jesus’ comment to the sinful religious leaders in Mt. 23: 34-35.

Prophecies in the Bible

One sure way to prove the Bible’s accuracy and veracity is to analyze the Hebrew scriptures’ prophecies. The number of events foretold by the prophets is enormous, and the events themselves are so specific they could only have been known and revealed by only God.

The prophecies recorded in this best book in the world are very precise and so specific that when they are fulfilled, it’s very clear there’s something unique and special about them. More than one-fourth of the Bible was prophetic at the time it was written. The Bible is a book of prophecy. It contains about 1000 prophecies, about 500 of which have already been fulfilled down to the minutest detail. With this kind of proven track record – 500 prophecies fulfilled with 100 percent accuracy – we can believe with confidence that the remaining 500 yet to be fulfilled prophecies will also come to pass at their appointed times.

Prophecy is the most credible proof of the uniqueness and divine inspiration of the Bible. Fulfilled prophecy also demonstrates that the Bible’s content is not man-made, but rather has its origins outside our own time-space continuum.

For example, 25 Jewish writers provided prophecies in the Hebrew Scriptures detailing the life and ministry of the Messiah. The Messiah is the only person in history to have had His ancestry, birth, character, teaching, career, reception, rejection, death, burial, and resurrection pre-written at least 500 years before His birth. Jesus Christ clearly fit all the descriptions and fulfilled all the prophecies, including those that foretold of the messiah’s birthplace (Mic. 5:2; Mt. 2:1), manner of death (Isa. 53:8; Lk. 23:46), and resurrection (Ps. 16:10); Acts 2:29-32).

How do we know the Bible we possess today is God’s Word? First, Jewish scribes were meticulous in copying the Hebrew text and counted every letter they wrote. If a mistake was made, the text was not corrected but, rather, immediately discarded. The nation of Israel collected and accurately preserved manuscripts of the Law of Moses and the Prophets through the centuries (Dt. 31:26; 1 Sam. 10:25; 2 Ki. 23:24; Neh. 9:14, 26-30); Dan. 9:2, 6, 13).

Second, the Dead Sea Scrolls provide evidence of this extraordinary preservation. For example, the book of Isaiah – discovered in its entirety within the ancient Dead Sea Scrolls that date from 125 B.C. to 100 B.C. – contained the same Isaiah text we possess in our Bibles today.

How each book was selected to be in the New Testament canon?

In light of the fact that there are over 5000 Greek manuscripts, some 9000 versions and translations, the evidence for the integrity of the New Testament is beyond question… Thus, the New Testament has not only survived in more manuscripts than any other book from antiquity, but it has survived in a much purer form than any other great book, whether or not they are sacred works, a form that is over 99 percent pure.

Over the centuries, both the Old and New Testaments having undergone extensive microscopic analysis conducted by renowned scholars who specialize in biblical history, literature, grammar, and archaeology. Although some textual critics have pointed out what they consider discrepancies, errors and contradictions within the Bible, centuries of careful analyses have never conclusively proven the Bible text to be in error. While variant readings exist within the copies, they are minor and relate to spelling and word order. They affect no major doctrine of Scripture.

Keeping Up with False Teaching

Throughout history God sounded the alarm to His people to be on guard for false teachers. The Torah warns of false prophets (Dt. 18:20-22). The Gospels warn of wolves dressed in sheep’s clothing (Mt. 7:15), and the Epistles warn of false teachers (2 Pet. 2:1-3). False teaching brings confusion to the body and can keep people from the truth of the gospel message. Catholics who read the Bible regularly know these predictions are wrong. Why? Because Jesus said, “But of that day and hour no one knows, not even the angels of heaven, but my Father only” (Mt. 24:36).

Why we call Bible the best book in the world? To have 40 different authors over a period of 1,600 years write a unified book without error or contradiction is unique indeed in both ancient and modern history.

Please Read What Good Does Reading The Bible Do?

The Douay Rheims (Rev. Fr. Haydock) clearly explains the revealed mysteries of divine truth; most Popes have recommended that this is the only Bible where you will find the answers to doubts in the footnotes. This Bible is the only most accurate than any modern bible. The Douay Rheims is based on the Vulgate, which in turn is based on ancient texts no longer extant which were “captured” and frozen so to speak, by St. Jerome in his Latin Vulgate.

How To Pray Effective Prayers 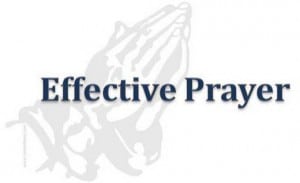 Prayer is a universally accepted factor. As one ad tagline states, “Everyone has a reason to pray!”

The Bible makes it clear that God answers prayers. Jesus said, “Ask, and it will be given to you…” (Matthew 7:7 NKJV). We can ask God for anything that we need. He is not troubled by small or big requests.

Many usually pray when needs arise. But sometimes they feel like they are not able to fully believe God for answering their prayers, especially when answers don’t seem to come immediately.

One major reason for this problem is that many do not know what God’s will is concerning their prayer requests. Though their prayers are sincere, they could not pray in faith because they don’t know God’s Word for their needs.

Understanding God’s will from the Scriptures concerning your needs is a very important aspect of prayer. If you don’t know, you will waver. But if you do know, you will stand strong and receive answers to your prayer.

In 1 Chronicles 17:23-25, we find King David praying to bless his household. Once he learned from God that his son would build a temple for God and would reign in Israel, David prayed with courage and confidence. He says, “For You, O my God, have told Your servant that You will build for him a house (a blessed posterity); therefore Your servant has found courage and confidence to pray before You” (1 Chronicles 17:25 AMP).

Like David, don’t you wish to pray in faith? Don’t you wish to pray confident and bold prayers? Start spending time in the Scriptures. Search God’s Word to know what it says concerning your situations and needs. Once you find one or two Scriptures, meditate on that. You will find your faith arising and you will pray faith-filled prayers that fetch you supernatural answers!

“This is the confidence we have in approaching God: that if we ask anything according to his will, he hears us. And if we know that he hears us—whatever we ask—we know that we have what we asked of him” (1 John 5:14,15 NIV).