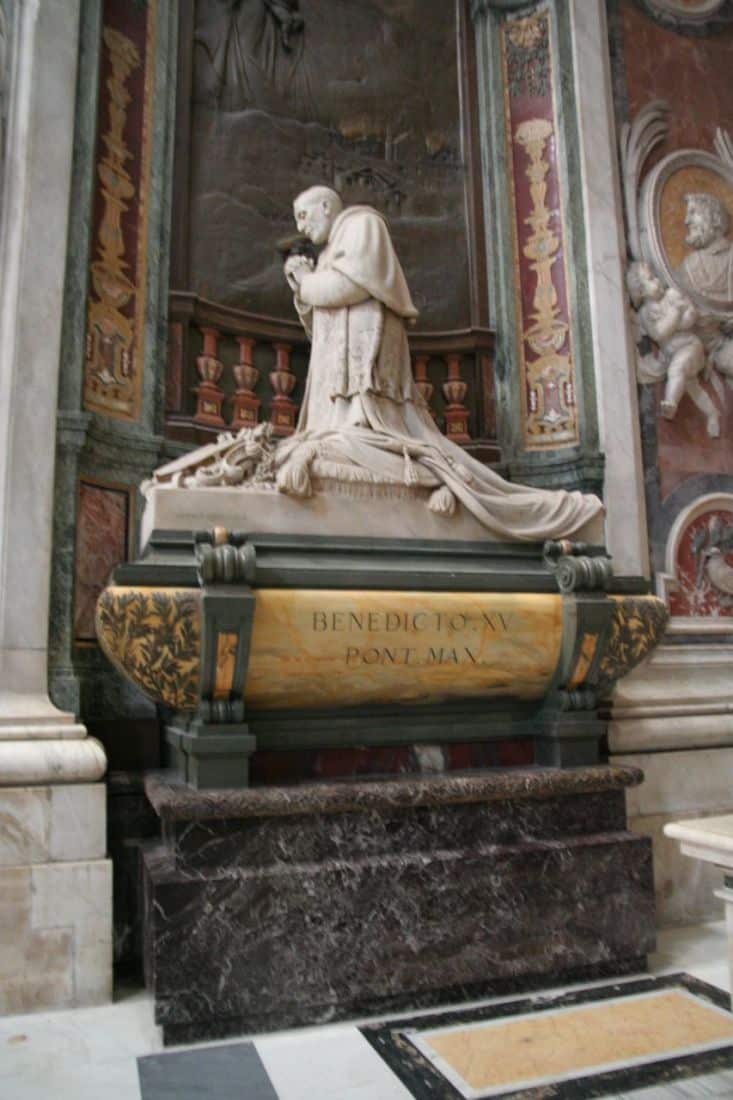 The monument to Pope Benedict XV (1914-22) by Pietro Canonica, 1928. It is located on the left side of the left aisle near the entrance. The Pope is shown in fervent prayer, kneeling on a tomb which commemorates the First World War, which he described as a “useless massacre.” He demanded a league of all nations and disarmament, and denounced the Versailles peace terms as a “consecration of hatred.”

The tomb is covered in olive branches, symbols of peace. Above the statue is Mary, presenting Jesus, Prince of Peace, to the world in flames.