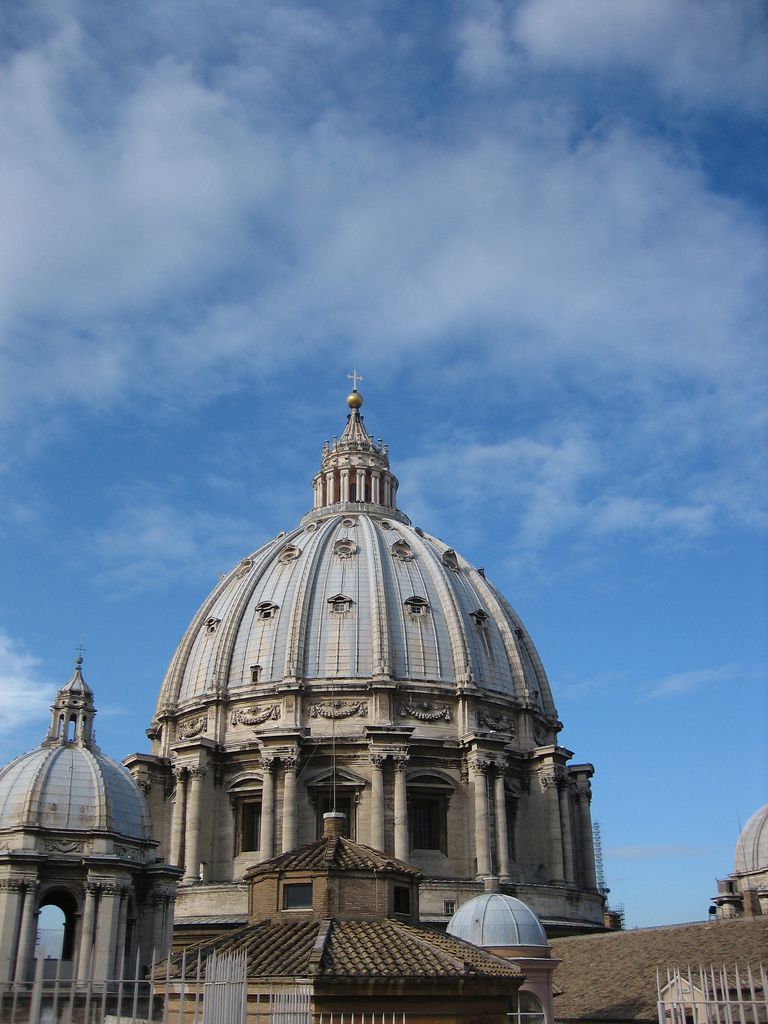 The dome of St. Peter’s was designed by Michelangelo, who became chief architect in 1546. At the time of his death (1564), the dome was finished as far as the drum, the base on which domes sit. The dome was vaulted between 1585 and 1590 by the architect Giacomo della Porta with the assistance of Domenico Fontana, who was probably the best engineer of the day. Fontana built the lantern the following year, and the ball was placed in 1593.