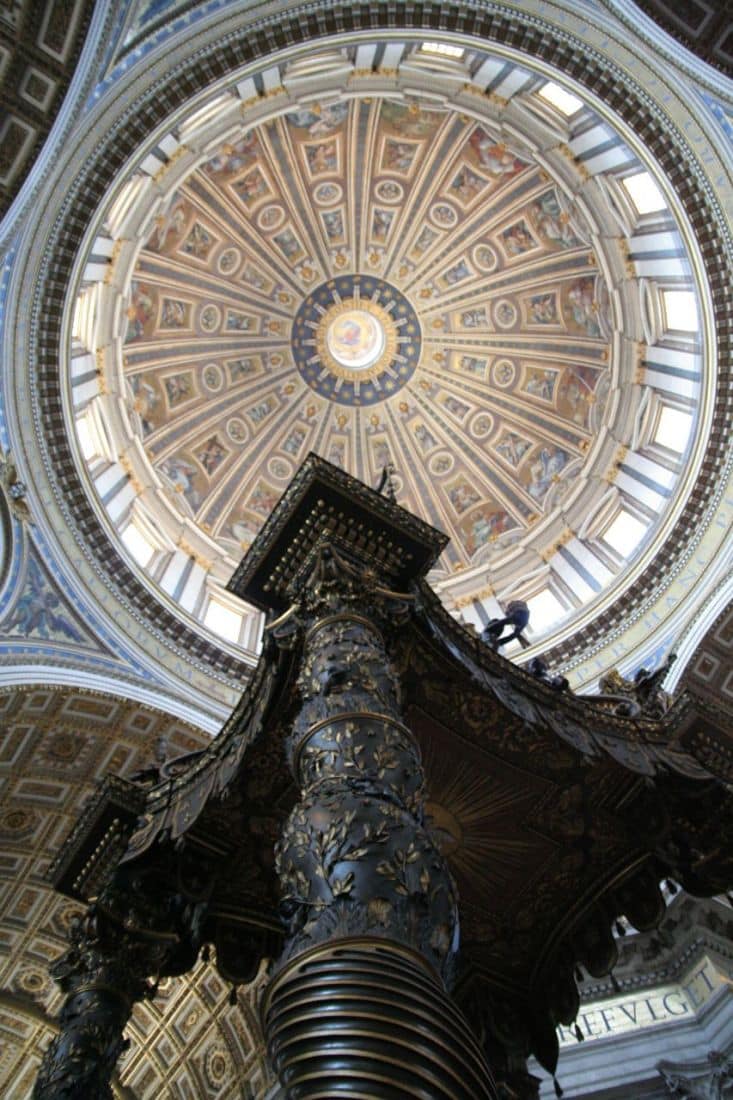 View of the baldacchino, a monumental canopy that fills the space beneath Michelangelo’s dome and covers the shrine of St. Peter. Made of dark bronze accented with gold vine leaves, it was created by Lorenzo Bernini from 1624 to 1633 under the direction of Barberini pope Urban VIII, who oversaw the Baroque decoration of much of Rome. The spiral columns derive their shapes from the columns in the original St. Peter’s Basilica built by Constantine, and legend had it that they came from Solomon’s Temple in Jerusalem.