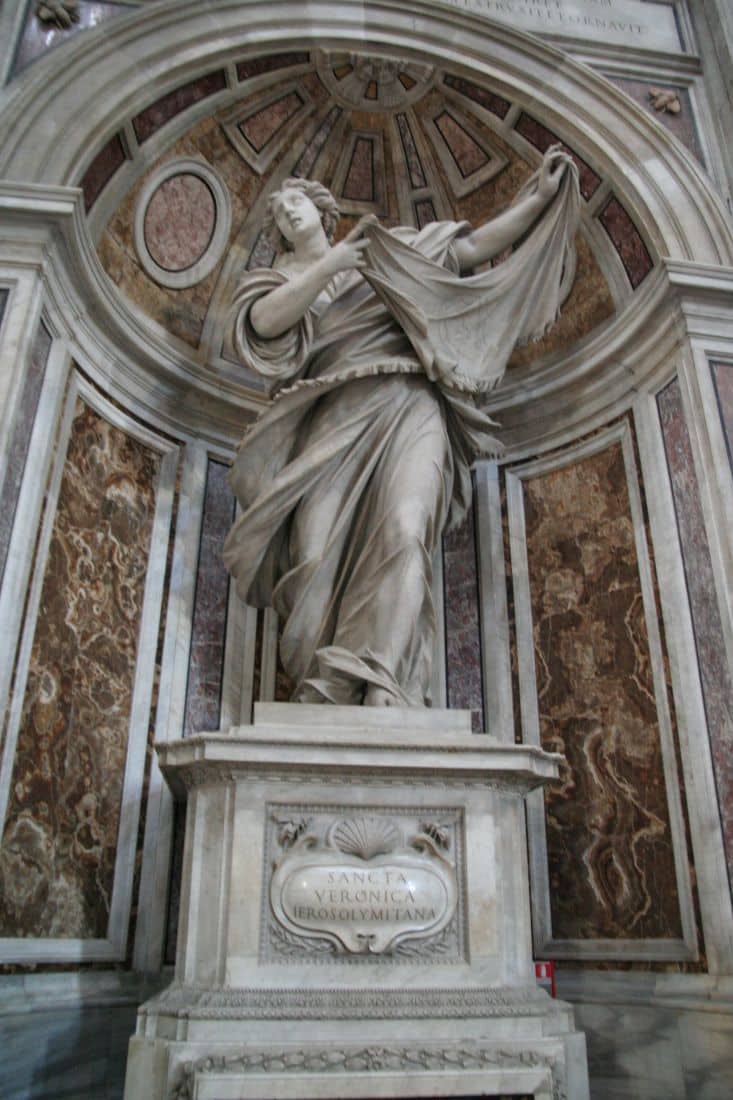 Statue of St. Veronica in the southwest pier. According to Catholic tradition, Veronica offered Jesus her veil so he could wipe his face during his walk to Calvary. When he did so, an image of his face was miraculously transferred to the cloth. The base of the statue contains the relic of Veronica’s veil.

The sculpture was done by Francesco Mochi in 1629-32, and is a good example of the Baroque attempt to represent feelings and passions by movement and action. The agitated figure seems about to burst out of its niche in order to present the viewer with the miraculous imprint of Christ’s countenance. The marble statue stands 500cm tall.