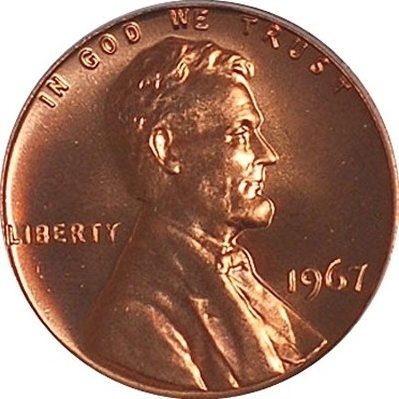 Several years ago, a friend of mine and her husband were invited to spend the weekend at the husband’s employer’s home. My friend, Arlene, was nervous about the weekend. The boss was very wealthy, with a fine home on the waterway, and cars costing more than her house.

The first day and evening went well, and Arlene was delighted to have this rare glimpse into how the very wealthy live. The husband’s employer was quite generous as a host, and took them to the finest restaurants. Arlene knew she would never have the opportunity to indulge in this kind of extravagance again, so was enjoying herself immensely.

As the three of them were about to enter an exclusive restaurant that evening, the boss was walking slightly ahead of Arlene and her husband. He stopped suddenly, looking down on the pavement for a long, silent moment.

Arlene wondered if she was supposed to pass him. There was nothing on the ground except a single darkened penny that someone had dropped, and a few cigarette butts. Still silent, the man reached down and picked up the penny.

He held it up and smiled, then put it in his pocket as if he had found a great treasure. How absurd! What need did this man have for a single penny? Why would he even take the time to stop and pick it up?

Throughout dinner, the entire scene nagged at her. Finally, she could stand it no longer. She causally mentioned that her daughter once had a coin collection, and asked if the penny he had found had been of some value.

A smile crept across the man’s face as he reached into his pocket for the penny and held it out for her to see. She had seen many pennies before! What was the point of this?

She read the words “United States of America.”

“And if I trust in God, the name of God is holy, even on a coin. Whenever I find a coin I see that inscription. It is written on every single United States coin, but we never seem to notice it! God drops a message right in front of me telling me to trust Him? Who am I to pass it by? When I see a coin, I pray, I stop to see if my trust IS in God at that moment. I pick the coin up as a response to God; that I do trust in Him. For a short time, at least, I cherish it as if it were gold. I think it is God’s way of starting a conversation with me. Lucky for me, God is patient and pennies are plentiful!

When I was out shopping today, I found a penny on the sidewalk. I stopped and picked it up, and realized that I had been worrying and fretting in my mind about things I cannot change. I read the words, “In God We Trust,” and had to laugh. Yes, God, I get the message.

It seems that I have been finding an inordinate number of pennies in the last few months, but then, pennies are plentiful!

And, God is patient…

This entry is filed under Stories. You can follow any responses to this entry through the RSS 2.0 feed. You can leave a response, or trackback from your own site.
13 Responses to “Story : The Penny says “In God we Trust””
1

My mother and sister had been ushered into a private waiting room to await news on my grand-mother who had been rushed by ambulance to the hospital. They knew this was not a good sign.

My sister spotted a shiny penny heads side up underneath her chair. She reached and picked it up recalling this email that my aunt had sent her. Then they looked under my mother’s chair, and there was another penny.

My grand-mother died, but they saw this as a sign from God that she is now in His hands.

Wow, that was so touching…….Thanks a lot for sharing…

Hey Georgy, you might want to have a look at this. It’s an antipersonnel mine that says “GOD” on it.

I would like to use this story is it copyrighted?

You are free to use this story. Just provide a link back to this page on my website. Thats enough.

I, too, would like to use this story. May I use it an inspirational book that I am writing? I will provide the source and link. Anything else you would like? Please and thank you!

It is a story that most of baby boomers know. We grew up in the construction business. You will find theses coins in Buildings, Walls, Side Walks, Fountains, Pockets & Key Ring!. Thank-you for telling it!!!!!!!

I was wondering if I could use this story in a publication that I am writing. It is perfect for my topic. Would you please grant me permission to use this story and I would give appropriate credit at the end of the story? I didn’t know if it was copyrighted or not. Please let me know so I can proceed with my project. Thank you!

Yes, you can go ahead and use the story with appropriate credit lines at the end.

IM SORRY I DONT WANT TO BE RUDE BUT DO ANY ONE KNOW THE REAL STORY BEHIND THE PENNY..LINCON FREED THE SLAVES SO THATS WHY HE HAS THE DARKEST COIN CAUSE WE WERE CALLED COLORED ALSO IF U PUT ALL COINS TOGETHER HE FACING THE OTHER WAY..IT SAYS IN GOD WE TRUST..IT SHOULDNT SAY THAT..THEY PUT HIM AS THE LOWEST AMONT OF MONEY..SAY AMERICA IS NOT TWISTED

I am writing a self help book, and would like to use this story? I will provide the source and link…
Owen M Yoder
youcandoit212@gmail.com

You can use the Penny story for your new book with proper credit attribution to the website source. Please do let me know once the book is completed. I would love to take a look at your publication.

Your Thoughts Are Welcome | Leave a Reply
Prev/Next Posts
« Story : Before they call, I will answer! | Home | Story : The best of any man is what is found in his heart »
Subscribe For Free
Pages
Top Devotional Songs
Today's Top 10
Play Songs Online
Categories
Most Popular Articles
Most Discussed Posts