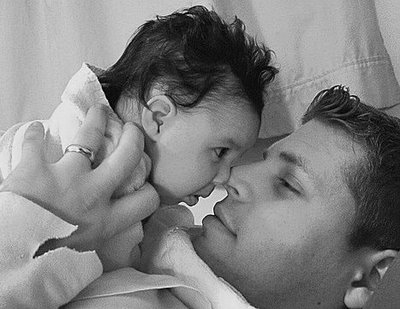 His name was Brian, and he was a student at the small high school I attended. Brian was a special education student who was constantly searching for love and attention, but it usually came for the wrong reasons. Students who wanted to have some “fun” would ask, “Brian, are you the Incredible Hulk?” He would then run down the halls roaring and flexing. He was the joke of the school and was “entertainment” for those who watched. Brian, who was looking for acceptance, didn’t realize that they were laughing at him and not with him. One day I couldn’t take it anymore. I told the other students that I had had enough of their game and to knock it off. “Aw, come on, Mike!” We are just having fun. Who do you think you are anyway?”

The teasing didn’t stop for long, but Brian latched onto me that day. I had stuck up for him, and now he was my buddy. Thoughts of “What will people think of you if you are friends with Brian,” swirled in my head, but I forced them out as I realized that God wanted me to treat this young man as I would want to be treated.

Later that week I invited Brian over to my house to play video games. We sat there playing Intellivision (this was the 80’s) and drinking Tang. Pretty soon he started asking me questions like, “Hey Mike. Where do you go to church?” I would politely answer his questions, then turn my concentration back to the video games. He kept asking me questions about God, and why I was different from some of the kids at school. Finally my future wife, Kristi, who was my high school sweetheart at the time, pulled me aside and said, “Michael, he needs to talk. How about you go down to your room where you can talk privately?” My wonderfully perceptive girlfriend had picked up on the cues better than I had.

As soon as we arrived in my room, Brian asked again, “Hey, Mike. How come you’re not like some of the other kids at school?” I knew I needed to tell him about the difference that God had made in my life. I got out my Bible and shared John 3:16 and some verses in Romans with him. I explained that God loved him just the way he was and that He had sent Jesus down to earth to die on a cross, rise from the dead, and make it possible for everyone, especially Brian, to spend eternity in heaven if they believed. I didn’t know if he was comprehending what I was telling him, but when I finished explaining, I asked Brian if he wanted to pray with me. He said he would like that.

We prayed together “God, I know I am a sinner, and that even if I were the only person on earth, You still would have sent Your Son down to die on the cross for me and take my place. I accept the gift of salvation that You offer, and I ask that You come into my heart and take control. Thank you, Lord. Amen.”

I looked at him and said, “Brian, if you meant those words you just prayed, where is Jesus right now?”

He pointed to his heart and said, “He’s in here now.”

Then he did something I will never forget as long as I live. Brian hugged the Bible to his chest, lay down on the bed and let the tears flow down the side of his cheeks. When I cry, my sobbing is very loud, but Brian’s was unearthly silent as the emotions he’d held inside let loose. Then he said to me, “Mike, do you know that the love that God has for me must be like the love a husband has for his wife?” I was floored.

Here was someone who had trouble comprehending things in school, but had now understood one of eternity’s great truths. I knew now that he understood what I had shared with him.

He lay there for another five minutes or so as the salty drops continued to flow. I still remember the incredible feeling I had at that moment a high higher than anything a substance could ever give–the high of knowing that God still works miracles in everyday life. John 10:10 immediately came to mind “…I have come that they may have life, and have it to the full.”

It was about a week later that everything came into perspective for me. It was then that Brian really opened up to me. He explained that his dad had left him and his mom when he was five years old. As Brian stood on the porch that day, his dad told him he was leaving because he couldn’t deal with having a son like him anymore. Then he walked out of Brian’s life and was never seen again… Brian told me that he had been looking for his dad ever since. Now I knew why the tears kept flowing that day in my bedroom. His search was over. He found what he had been looking for since he was five years old. 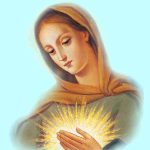