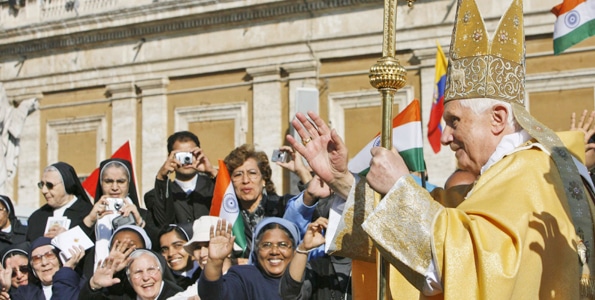 Pope Benedict XVI (R) greets the faithful gathered in St. Peter’s Basilica for the canonization ceremony at the Vatican October 12, 2008. Pope gave the Roman Catholic church four new saints, including Sister Alphonsa of the Immaculate Conception, an Indian woman whose canonization is seen as a morale boost to Christians in India who have suffered Hindu violence. The other new saints are Gaetano Errico, Sister Maria Bernarda Buetler and Narcisa de Jesus Martillo Moran.