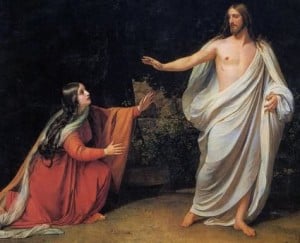 Before His death, Jesus had told His disciples about His resurrection on different occasions. Though they could not completely grasp it then, however, when they saw the resurrected Christ face-to-face over a period of 40 days, their faith and confidence in Him became strong and solid.

Biblical evidence for the resurrection of Jesus

There is plenty of biblical evidence for the resurrection. Matthew recorded the account describing that Mary Magdalene and some others witnessed the tomb to be empty where Jesusâ€™ dead body once laid. An angel appeared to them saying that Jesus was not there; rather â€œhe has risen, as he saidâ€ (Matt. 28:6).

Luke also wrote of this account and mentions later that Jesus walked with two men on the road to Emmaus (Luke 24:13:36). He also appeared to hundreds more and the disciples collectively. The letters of the New Testament depend on this truth. In fact, the final book of the Bible, Johnâ€™s Revelations, says that Jesus will soon return. If He were still dead, all of these accounts would be wasted. The resurrection of Jesus proves much.

Unlike the other few resurrections in the Bible, like Lazarus, resurrection of Jesus was unique. The other ones could be defined as a reconstitution of the body. That is to say that the body was made alive again â€“ yet it was still the same body that would die again. Jesus, on the other hand, was raised with an incorruptible body. It was one that would never die or suffer again.

As one who follows this resurrected Christ and acknowledges Him as Lord and Savior, you are entitled to enormous eternal benefits. A list of these benefits of resurrection of Jesus is as follows:-

As you enjoy these eternal benefits, introduce the resurrected Christ to those around you. Remember the resurrection of Jesus and believe in all things Jesus Christ has promised us.