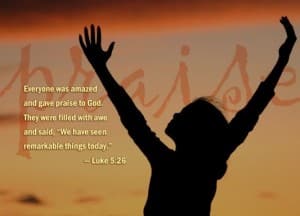 When they began to sing and praise, the Lord set an ambush… (2 Chronicles 20:22)

Have you ever thought of an army fighting with guitars and lyrics instead of bullets and missiles? Some might consider it as foolish. But it works when Godâ€™s hand is on it!

The Bible records in 2 Chronicles 20 the story of King Jehoshaphat who went to fight against a huge enemy that outnumbered his troops. The Lord had promised him that they would not have to fight since the Lord Himself will fight for them and fetch them victory.Â So Jehoshaphat appointed singers to be in front of the army! And as they began to sing and praise God, the Lord worked havoc among the enemy ranks and they attacked and killed each other. Thus Jehoshaphatâ€™s people obtained a supernatural victory and also a large booty.

When God is on your side, no matter what circumstances surround you, you will have supernatural success. Everything changes when God shows up!

Are you in a difficult situation today where you donâ€™t see a way out? On the cross, Christ has already opened a supernatural way for you to experience Godâ€™s abundant goodness (Ephesians 1:3). As you praise God standing on that truth, it will start manifesting in your life.

It may not work according to your time table, but it will surely happen. Doors of opportunity will start to open before you. Negatives will begin to become positives. How does it happen? When you start praising God believing what Christ has done for you.

Choose to be a praiser than a doubter. As a disciple, Jesus is with you to help you attain humanly impossible things. Today people may not be standing with you. They may be ridiculing your dreams as irrational and impossible. Some may be mocking your praises and songs. But a day is coming when they will stand dumbfounded seeing your dreams come to pass! It will be a time that proves the power of your praises! 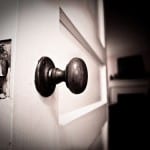 When One Door Closes, Another Opens 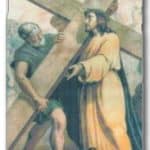 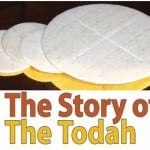 The Story of The Todah 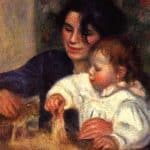 Truths About Life Children Have Learned