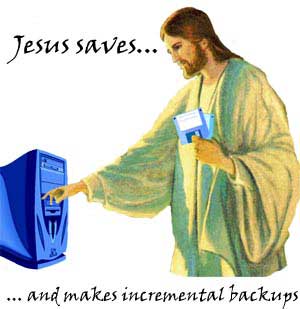 Jesus and Satan were having an ongoing argument about who managed to get the most out of his computer. This had been going on for days and God said, “Cool it. I am going to set up a test that will run two hours and I will judge who does the better job.”

But just a few minutes before the two hours were up, a lightning bolt flashed across the sky. The thunder rolled and the rains came down hard. And of course the electricity went off.

Satan was furious. He fumed and fussed and he ranted and raved. All to no avail. The electricity stayed off.

But after a bit, the rains stopped and the electricity came back on.

Satan screamed, “I lost it all when the power went off! What am I going to do? What happened to Jesus’ work?”

Again Satan asked about the work that Jesus had done.

As Jesus turned his computer back on, the screen glowed and when he pushed “print,” it was all there. 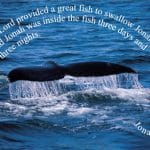 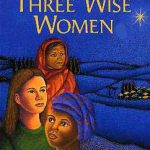 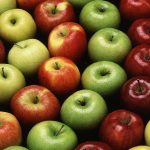