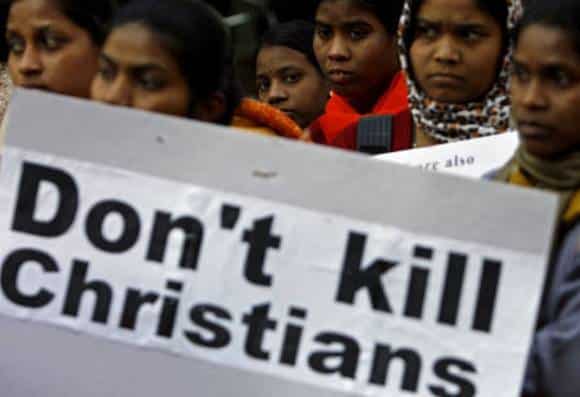 The intense persecution of Christians in Orissa, India has forced the country’s minority group to fear celebration of the upcoming Christmas holiday.

In recent months, Christians have been the victims of relentless violence carried out by Hindu extremists in retaliation for the August 2008 murder of a renowned Hindu leader.

You can see a report on the violence against Christians in Orissa HERE.

Although a radical Maoist group claimed responsibility for the leader’s assassination, Christian homes and communities continue to be viciously attacked by Hindus. It is a crisis that has forced tens of thousands of Christians to flee for their lives into the jungles or refugee camps, and has provoked one of the worst humanitarian crises the region has seen in recent years.

Hindu extremists initially called for a “bandh” on December 25, a forced shutdown of the entire society that would serve as a pretext for attacks on anyone who publicly tried to celebrate Christmas. However, the state government recently called off the bandh in the face of nationwide criticism from other church leaders.

But Christmas celebrations may still be difficult to carry out or even enjoy in Orissa this year, particularly with the recent destruction of hundreds of local churches. And as attacks from Hindu extremists remain a constant reality in the Christian community, many believers still fear the repercussions of any sort of Christmas worship service.

“So, humbly, we are asking you to remember us in your prayers so that we can all be able to celebrate the birth of Jesus Christ,” says an Orissa pastor and indigenous coworker for Christian Freedom International, a Michigan-based organization that assists persecuted Christians worldwide.

This entry is filed under News. You can follow any responses to this entry through the RSS 2.0 feed. You can leave a response, or trackback from your own site.
Your Thoughts Are Welcome | Leave a Reply
Prev/Next Posts
« The River Is Rising song – Michael W. Smith | Home | Pics of Christmas Gifts »
Subscribe For Free
Pages
Top Devotional Songs
Today's Top 10
Play Songs Online
Categories
Most Popular Articles
Most Discussed Posts