We invite you  the World Prayer Assembly, a once-in-a generation encounter with the Lord, with cutting-edge ministry leaders and praying people from around the world. Reserve a place for yourself, your friends, colleagues and family members who would like to come.

The World Prayer Assembly (May 14-18, 2012) is taking place in the midst of a modern-day spiritual awakening in the nation of Indonesia. Millions of Indonesians are now connected in prayer for their nation. 24/7 “prayer towers” are operating in many cities, and over two-hundred thousand trained child intercessors are crying out to God for the transformation of their nation. The Lord is moving in this vast archipelago of 17,000 islands with many diverse people groups. The Church has united in an extraordinary way, creating an environment for spiritual and societal transformation that is spreading across the region.

Thousands of prayer, mission and marketplace leaders, along with on-fire youth and children, will gather in Jakarta to seek the Lord together in a new paradigm for an international congress. Like the five leaders at Antioch (Acts 13:1-3), we want to “let God be God” and seek Him together for His strategies of “prayer-action” for our hurting world. It was the first International Prayer Assembly, almost 30 years ago in Seoul, Korea, in 1984 where the seeds for the current global prayer movement were sown. Korea will serve as the co-host with Indonesia for the WPA.

Special track sessions will create a forum for participants to focus on international issues, cutting-edge models of ministry, and ministry spheres (“7 Mountains”) for which they have a passion. And, while there will be world-renowned speakers, presenters and facilitators for both plenary and track sessions (such as David Yonggi Cho, Enoch Adeboye, Lee Younghoon, Luis Bush, Dick Eastman, Suzette Hattingh, Ed Silvoso, Graham Power, Brian Mills, Ian Cole, Pete Greig, Niko Nyotorahardjo, Iman Santoso, Gloria Au Yeung, Bennie Mostert and many others), we want to hear from one Personality primarily, the Lord Himself. All speakers will, therefore, share briefly and in a way that facilitates our time of encounter with God and one another.

The WPA will be led inter-generationally with youth and children helping to facilitate plenary and other sessions. There will also be strong youth and children tracks. This will help launch the next generation of men and women of God to lead the prayer and mission movements. We want to see modern Josephs, Esthers, Daniels, and Deborahs raised up so that God will use to impact the nations.

Then, on May 17, we will gather in the national stadium with 100,000 others, including 20,000 children intercessors and 20,000 on-fire youth. Over 350 cities of Indonesia will host simultaneous gatherings, connected by live television with the Jakarta stadium. Tens of millions more will join us across the world by satellite TV and Internet streaming. As one of the largest prayer meetings in history, it has the potential to change our planet in fundamental ways.

We believe the WPA will be a stepping stone to the fulfillment of the ancient prophet’s prediction that “the earth will be filled with the knowledge of the glory of the Lord as the waters cover the sea” (Habakkuk 2:14). It will also be a direct answer of Jesus’ prayer in John 17 as Christ’s people unite in prayer around the world.

Please pray for the World Prayer Assembly and join us in Jakarta for this unique time in the presence of the Lord as His people gather from around the world. If there are others in your ministry network that you feel should be with us, feel free to share this letter of invitation with them.

“Through WPA the spirit to love the nation and the country can be re-ignited in a way to birth a generation who loves the nation, the country and God.”

There is a lot of information available for you on the website www.wpa2012.org As you visit this site, your heart will be stirred to see the seven-minute video called, “A New Wave is Coming!” It was filmed and produced by the award-winning Media Village. Check out other inspiring videos that are also available for you to view and share with others.

If you have any questions, please contact info@wpa2012.org. We look forward to seeing you in Jakarta. God Bless You.

Posted in News | No Comments yet, your thoughts are welcome
March 2nd, 2012 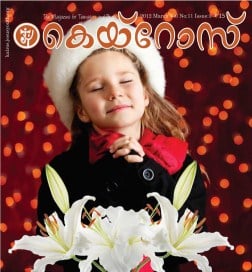 Kairos is a christian youth magazine in Malayalam. It is published by JesusYouth as an outreach to youth. Through this media we want to influence a large number of youth with the message of the gospel and the transforming and saving love of Jesus Christ. Even though it is published by Jesus youth, the reader target is the ordinary general youth.

For the past 15 years, Kairos has been reaching out to teens and young people. In spite of the constant struggle to maintain production quality due to the meager finances, thousands of copies of the magazine are sold every month, inspiring numerous youth and teenagers. If you ask us, this is the greatest miracle of Kairos.

Personal Experiences of Youth, Lifestyle Guides, Discussions, Opinions, Church News, Responses to Current Events, Jesus Youth News, Youth-centric Insights and much more – all this put together in a light and simple manner that can be instantly recognised as the ‘Kairos style’.

What does Kairos do?

It is the only youth and teenage communication in Kerala with a focus on the Church. Kairos helps thousands of youth form relevant responses and lifestyles in today’s world based on the Church’s teachings through simple sharings of spiritual experiences by young people. Brings together young people endeavouring to live a life of faith in Jesus. Reaches out to Sunday school teachers and other catechists through free copies, aiding them with new insights on youth.

Where is Kairos going?

Many pages of this magazine (believe it or not) are still printed in black and white. In a world where youth are used to colour and high quality, Kairos is looking to upgrade its production quality and thereby attract more interest and readers. Kairos is also attempting to reach out to more young people within the Church and outside and have them networked through www.kairos.jesusyouth.org and facebook page.

Kairos attempts to remain a platform which encourages youth to live their call in Jesus through research and studies that understand youth, particularly from a Jesus Youth perspective.

How can you keep Kairos going?

1. Add us, the Kairos team, to the top of your prayer list.

2. If you do not have a personal subscription to the magazine, subscribe now and keep this ministry growing.

3. By making a monthly contribution anywhere between Rs. 200 and 1000, you can become a Friend of Kairos making you a part of our prayer circle and giving you access to exclusive updates, downloads and event invites.

4. You could sponsor a Kairos subscription for a priest in any diocese in Kerala. Besides providing him insights on today’s youth, the magazine will be beneficial to him by keeping him updated on the latest youth issues and perspectives.

5. You could make this Lent a new beginning for your relatives by gifting them a Kairos subscription for the coming year.

All this can be done using the same subscription form.

I believe, you can personally make a difference and keep us going in this ministry – especially at this time when we are struggling to make a larger leap of faith. For any clarification, you can call me on +91-484-24281816 or email me at kairosmag@gmail.com 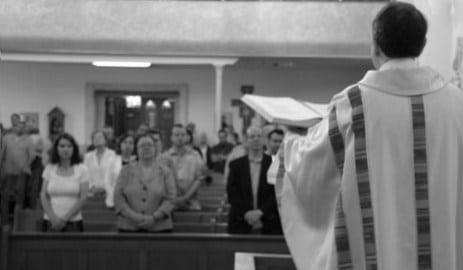 We would like to introduce a new christian website we came across recently. It is titled ‘Looking To Sunday’. This website contains Reflections and Homilies related to the Sunday scripture readings proclaimed in the Roman Catholic Church during the course of the year.

Once there on the Looking To Sunday website, you can use the top horizontal navigation menu which has links to this sunday, past sundays/archive, recorded homilies, signup and about us.

REFLECTIONS – The website contains the weekly reflection sent by email to subscribers of LOOKING TO SUNDAY ®. This short reflection is designed to help readers prepare to hear and to live the Gospel that will be proclaimed at Mass the coming Sunday. In addition, an archive of past reflections is available. To subscribe to this free service, please click on SIGN UP.

HOMILIES – The website also contains audio versions of homilies for Sundays and holy days. Many of these homilies develop the thoughts contained in the weekly email LOOKING TO SUNDAY.

Christians are people who look to Sunday. Sunday was the first day of creation, the day on which God created the light that broke the darkness.

Easter Sunday was the day when Jesus, the Light of the World, shattered the darkness of the tomb and rose to life. Pentecost Sunday was the day the Spirit rushed upon the Apostles and drove them beyond their fears to proclaim the Good News. And each Sunday, that same Spirit assembles God’s Church to hear the Word and to share the Bread and Cup of Life.

This website, LOOKING TO SUNDAY, looks to the Sunday readings for hope, encouragement, inspiration, wisdom, and direction. For in those readings, above all in the Gospel, we meet Jesus Christ – the Way, the Truth and the Life.

This website contains the weekly reflection sent out by email to all subscribers to LOOKING TO SUNDAY. This short reflection is designed to help the reader prepare to hear and to live the Gospel that will be proclaimed at Mass the coming Sunday. In addition, an archive of past reflections is available.

This website also contains audio versions of past homilies for Sunday and holy days found in the Roman Catholic Liturgical Calendar. By looking to what was preached on past Sundays, we can find hope and inspiration, as well as challenge and motivation to more faithfully live as followers of Jesus Christ.

By looking to what is proclaimed and preached on Sunday we can find the hope, inspiration and strength we need to more faithfully live as followers of Jesus Christ. As Christians, Sunday is our day, and by “looking to Sunday” we grow, little by little, Sunday by Sunday, into those Christians the Lord calls us to be!