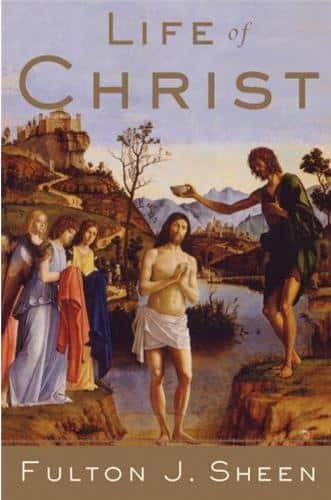 Bishop Fulton Sheen presents a passionate portrait of the God-Man, the teacher, the healer, and most of all, the Savior, whose promise has sustained humanity for two millenia. Here is the story of the greatest man that ever lived.

This inspirational book, hailed as the most eloquent of Fulton Sheen’s writings, is the fruit of many years of dedication and research. Filled with brilliant scholarship, this recounting of the birth, life, Crucifixion and Resurrection of Jesus is moving. A revelation for countless readers, this wonderful book will be a source of guidance for everyone. Modern parallels are drawn and age-old events are illuminated in Archbishop Sheen’s account of the birth, life, death, and resurrection of Jesus Christ.

This book is an absolute masterpiece. Not only is it a well-researched scholarly work, but it has poetic beauty as well. This is a tribute to Jesus, God Manifested in the Flesh, and the finished work of Calvary. A ‘must read’ for all.

This is a most excellent book about the life of Jesus. In plain English it explains why he did what he did. His efforts to make the disciples understand the true purpose of his first coming. The prevailing attitudes of the Jews at the time, his rejection as Messiah. His role as Saviour rather than liberator. It’s a treasure trove of answers for those asking questions. I can’t put it down.

Servant of God Fulton John Sheen was an American archbishop of the Roman Catholic Church. He was Bishop of Rochester, New York and American television’s first religious broadcaster of note, hosting Life Is Worth Living in the early 1950s, first on the DuMont Television Network and later on ABC, from 1951 to 1957. He later hosted The Fulton Sheen Program in syndication with a virtually identical format from 1961 to 1968; these later programs, many of which were taped in color, are still frequently rebroadcast today.

This entry is filed under Books. You can follow any responses to this entry through the RSS 2.0 feed. You can leave a response, or trackback from your own site.
Your Thoughts Are Welcome | Leave a Reply
Prev/Next Posts
« Book : The Imitation of Mary by Thomas a Kempis | Home | Book : Peace of Soul by Fulton J. Sheen »
Subscribe For Free
Pages
Top Devotional Songs
Today's Top 10
Most Discussed Posts