A Village That Refuses To Bury Its Dead 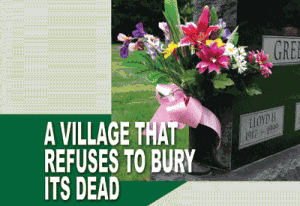 If anyone thinks this is an isolated incident, they are badly mistaken. Bargaining over the dead has been a regular phenomenon wherever caste feelings run high. In fact there are churches where separate routes as well as divided cemeteries exist to bury their dead – one for the high castes and the other for the lower sections.

Even in Kerala, God’s own country, the reality is no different. The lower sections and also new converts have no say in the running of the Church. They are kept on the margins, being denied of even normal human dignity. Separate seating and separate cemetery dots the landscape of Kerala Church.

This is happening in spite of the fact Christ has come mainly to give a new identity to all those who live on the margins – the tax collectors, the fishermen, and even the prostitutes. It is time there arose a new theology of action that could cleanse the Church within and without.

Remember the words that Christ spoke while addressing the synagogue at the beginning of his public ministry. “The Spirit of the Lord is upon me, because he appointed me to preach the Gospel to the poor. He has sent me to proclaim release to the captives, and recovery of sight to the blind, to set free those who are downtrodden…” (Luke 4:18-19)

This entry is filed under News. You can follow any responses to this entry through the RSS 2.0 feed. You can leave a response, or trackback from your own site.
2 Responses to “A Village That Refuses To Bury Its Dead”
1

How come I cannot download the songs you send to my mail box after my subscription? Is it only the texts that are open for downloading and not the sound as well?

Hearing this for the first time..lower sections and newly converts don’t have say in our churches. I did’nt even know there were lower sections. What do you mean by lower sections?