Praying For Others To Be Humble In The Spirit 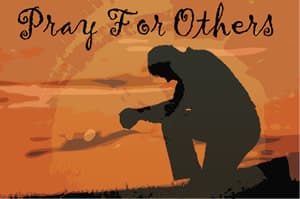 Father, I’m praying for (name one or more) and others in my circle of family or friends to know the importance of humbling themselves.

May they choose to humble themselves before You and before Christ, for we know You detest the proud of heart. You live in a high and holy place and with those who are contrite and humble. (Daniel 10:12; James 4:10; Proverbs 16:5a; Isaiah 57:15)

May they desire to be like Christ, gentle and humble in heart, living in harmony with one another, compassionate and sympathetic, loving each other – not trying to pay back hurts or insults but instead responding with blessings. May they be willing to submit to You and each other out of reverence for Christ. (Matthew 11:29b; 1 Peter 3:8–9; James 4:7; Ephesians 5:21)

May they be willing to humble themselves before You, for if they will, Your Word says You will guide them in what is right and teach them Your way, giving them grace and esteeming them in Your sight. Help them to show true humility towards all people, to clothe themselves with humility. (Psalm 25:9; Proverbs 3:34; Isaiah 66:2b; Titus 3:2b; 1 Peter 5:5b)

Make them daily more sensitive to pride in their lives, that they may confess it as the sin it is. In the power of the Spirit, may they choose humility over pride at every turn. In Jesus’ name, Amen.

Goto Prayers For Humility for more prayers to be humble in our lives.
Please don’t forget that God Wants Us To Be Humble whatever situation we are in.

Posted in Prayers | No Comments yet, your thoughts are welcome
February 21st, 2014

What Lent Means To Me

As this special time draws nearer we began to wonder what lent means to others, and in particular young people. Obviously lent is a time of self-sacrifice, but is that really all it is? And do we merely follow on what our parents have told us or do we ever stop to consider what lent really means to us as individuals? To answer these questions, we asked a number of the pupils at Our Lady and St. Patrick’s High School in Dumbarton, UK for their thoughts, and here are their answers.

“To me, lent is a time for helping others,” said one sixth year student. “It’s a time when I think about the lives of others in comparison to my own and I feel that during lent it is even more important that we help other people.” Support can go a long way, and even something as small as putting money in your WEE BOX can make a difference. A first year pupil answered that to them lent is a time during which we remember what it means to be a Christian, and strive to follow in the footsteps of Jesus.

“Lent is a time for spreading the word of God and for doing good, whether that be by buying a goat for an Indian family, or organising a Burns’ Supper for the elderly through your school SSVP group”. Lent was also described by a young person as “prayer and fasting” – it is a time for asking God to help those who need it and remembering that others are less fortunate than us by giving up something important to us.

As children we’re taught about the story of lent and why we sacrifice something as Jesus did, but it seems that as we grow older lent becomes much more than that. We learn that other people need our help, our support and our prayer. We realise that giving something up is great, but taking action is even better. Fundamentally, we learn what it means to be a Christian, and it seems that the young people of today do indeed realise that.

We all remember what our parents taught us when we were younger, but as we mature we have the drive to go deeper than the surface ‘this is what we do for lent’ mantra and really consider what this time means to us. So go on, this Lent remember your Christian duties and lend a hand. It doesn’t take much thought to put some spare change in your WEE BOX, and those few coins could mean much more to someone else than you’d ever imagine. Have a blessed lenten season.

Prayer For Parenting A Child Properly 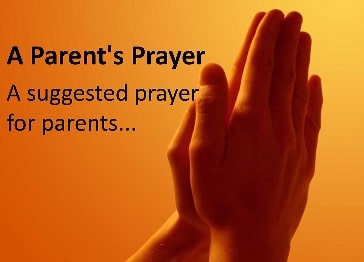 Lord, I submit myself to You. I realize that parenting a child in the way You would have me to is beyond my human abilities. I know I need You to help me. I want to partner with You and partake of Your gifts of wisdom, discernment, revelation, and guidance. I also need Your strength and patience, along with a generous portion of Your love flowing through me.

Teach me how to love the way You love. Where I need to be healed, delivered, changed, matured, or made whole, I invite You to do that in me. Help me to walk in righteousness and integrity before You. Teach me your ways, enable me to obey Your commandments and do only what is pleasing in Your sight.

May the beauty of Your Spirit be so evident in me that I will be a godly role model. Give me the communication, teaching, and nurturing skills that I must have. Make me the parent You want me to be and teach me how to pray and truly intercede for the life of this child.

Lord, You said in Your Word, “Whatever things you ask in prayer, believing, you will receive” (Matthew 21:22). In Jesus’ name I ask that You will increase my faith to believe for all the things You’ve put on my heart to pray for concerning this child. Amen.

Prayer For Our Children To St. Joseph