Cross Is The Ultimate Test For Every Christian 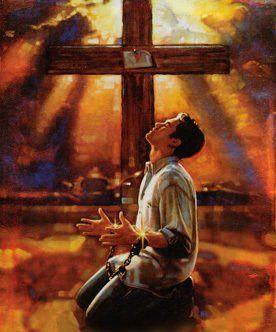 I like the concept of family bible studies, the power of positive thinking, and the mountain-moving faith of claiming prosperity and healing, and the evangelical zeal of the evangelical Christians. When I was in England, I was spiritually fed by my evangelical friends. I liked their Spirit-filled worship, prophecies, faith-healing and word-based bible preaching. I went to many interdenominational churches in the west Midlands area of England.

In 1998, while on a pilgrimage to the shrine of Our Lady of Walsingham in England, I was reading a book written by a popular Tele-evangelist from America when a Catholic priest from Northampton shire interrupted me. He told me “I like the American evangelical Christian’s zeal to spread the gospel, but unfortunately they do not preach much about the cross of Christ”.

Cross is the ultimate test for every Christian

I soon realized that the crucified and suffering savior was a distant reality to those who only preached the risen Christ. There is no forgiveness with out blood. There is no blood with out the humiliation of the cross. Nobody can ever take up the cross without love. Loving can never happen with out giving. Giving cannot occur without sacrifice. Sacrifice cannot take place if there is self-love in you. Nobody can stand at the foot of the cross without denying themselves. Cross is the ultimate test for every Christian. Dying to self is the only reality of Christian living because a grain of corn remains as a grain unless it falls on the ground and dies.

The gospel is hard. The Lord’s teachings are tough. His instructions are clear “eat my body and drink my blood” and “deny yourself, take up your cross and follow me”. When Jesus said this, many left Him saying that His teachings were hard. Peter did not leave Him and so Jesus called him the rock. Many still say that there is no need for the sacraments, and particularly the Eucharist. Even today people leave the Catholic Church when Jesus hands over bread and tell us, “eat my body”. They ask, “How can a man give his body to eat?” Yes, when we remember him in the mass, the bread becomes his body and we indeed eat his body.

Is poverty a sin? Are family curses true?

If poverty is a sin, as often preached by the adherents of the gospel of material prosperity, then Jesus was a sinner by birth, because he was born poor. If family curses are true, as preached by experts with anointing in this specific area, then God would not have selected Judah or David as the forefathers of Jesus. We know that the personal conduct of Judah and David were not holy. If humiliation and cross are not part of Christianity, then those who willfully give up their fathers, mothers, brothers, fields and the bliss of marital life for the sake of Christ are fools.

If only tithing is preached, quoting Malachi, Abraham and Moses, then we are telling Christians to invest materially to receive material goods from God. Truly, biblical prosperity is our investment in heaven where thieves and moths have no accessibility. Jesus couldn’t stand one thing – selling religion. He lost his temper only once and that was when religious people turned his father’s house into a den of thieves. Luther was angry when Catholics sold religion. What are the Tele-evangelists doing today, are they not selling religion?

Let us ask fundamental questions. Are we following Jesus for the right reasons? Are we turning what is holy into a product of merchandize? Are we at the foot of the cross at this moment? Are we denying our “self” and following him out of love?

Prayers For Peace Of Mind 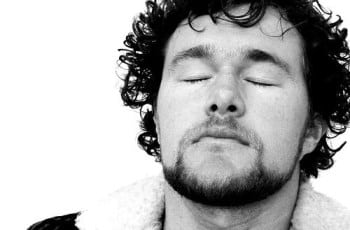 Fortify me with the grace of Your Holy Spirit and give Your peace to my soul that I may be free from all needless anxiety, solicitude and worry. Help me to desire always that which is pleasing and acceptable to You so that Your will may be my will. (Prayer by Saint Francesca Xavier Cabrini, 1850-1917)

A Prayer for Peace of Mind

Almighty God, We bless you for our lives, we give you praise for your abundant mercy and grace we receive. We thank you for your faithfulness even though we are not that faithful to you. Lord Jesus, we ask you to give us all around peace in our mind, body, soul and spirit. We want you to heal and remove everything that is causing stress, grief, and sorrow in our lives. Please guide our path through life and make our enemies be at peace with us. Let your peace reign in our family, at our place of work, businesses and everything we lay our hands on. Let your angels of peace go ahead of us when we go out and stay by our side when we return. In Jesus’ name, Amen.

A Prayer to Heal Stress

Heavenly Father, please grant me peace of mind and calm my troubled heart. My soul is like a turbulent sea. I can’t seem to find my balance so I stumble and worry constantly. Give me the strength and clarity of mind to find my purpose and walk the path you’ve laid out for me. I trust your Love God, and know that you will heal this stress. Just as the sun rises each day against the dark of night. Please bring me clarity with the light of God. In your name I pray, Amen. 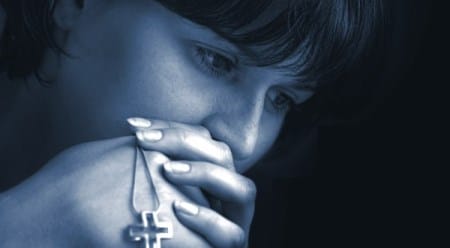 Those who humble themselves in front of others,
And those who do not envy their sisters and brothers,
For the Lord God is on their side,
And His Holy Spirit will always guide.

Those who do the righteous ways,
God will bless all their days,
As He will protect their health,
And show them the true wealth.