Poem : To My Best Mother 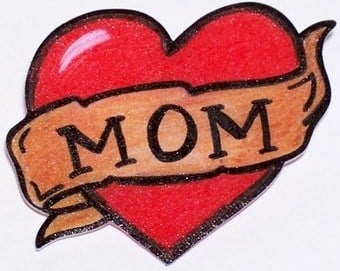 To my best mother,
You and my great father
Take good care of your children.
In good and bad times, you’re there.

To my best mother in the world,
You’ve shown your genuine love
When I was still in your womb.
From newborn, I knew I was secured.

Thank you for being my mother.
You’re my best friend and my mentor.
I love you though I forget you.
My mother, I’ll always remember you.

To my best mother,
My beloved mother in the world,
Please forgive us for our mistakes.
We your children love you always.

– – – written by Alon Calinao Dy
Dedicated to my best mother, Mila Calinao Dy, R.N and to all best mothers in the world.

Mama, thank you for being there for us. I know I can never surpass your love. You are truly a gift from God. You make me a better person. Your noble teachings I could never forget. You show me how to be good. I will always love you.

Why God Created The Disabled And The Poor 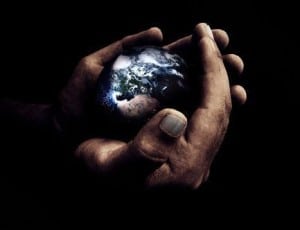 God created man, but it was man who caused sin to come into the world when Adam and Eve ate the apple in the Garden of Eden. Ever since then, sin has taken shape in the form of sickness, disease, hate, greed etc… This is not to say that people with sickness and disabilities have brought it upon themselves but that the evolution of sin has distorted what God created, which was a perfect human being in His own image.

Man’s sin has caused us to abuse the resources the world has to offer. This is ultimately creating more disease and disabilities because our water and food is poisoned by man’s interference. Sin in the form of greed, has also caused there to be a great divide between the wealthy and poor. If greed did not exist there would be enough food to feed everyone on the planet because God’s intention was to provide for his children. When sin entered our world, it caused us to be separated from God.

God created two worlds: this life, and the Hereafter. The Hereafter is the greater life – which lasts forever. This life is short, difficult, full of pain and injustice. We ask ourselves: why would God allow all this? Some people end up disbelieving in God. Their reasoning is that: if God is good, why would He allow terrible things to happen?

This life is only a Test

The answer is that this short, difficult life is only a test. The result of the test is what is important. What do you think of someone who lives for a hundred years, having everything he or she ever needs – wealth, fun, friends – but then ends up for the rest of eternity suffering in Hell because of his or her disbelief and evil deeds? Would you say that person was fortunate, or unfortunate?

And what would you say about a person who lived life suffering poverty, illness or oppression – but enters Paradise because of his or her belief and good deeds, and is given great things to enjoy – forever? Would they be unfortunate, or fortunate?

Like a child who is afraid of the Doctor

The suffering in this life is like a child who is afraid of the doctor. He is so scared; and he does not understand why his parents – who love him – would put him through such an awful thing. But the parents know that, if the child suffers a little by going to the doctor, it will be BETTER for him – for the rest of his life. That is what God knows – and we are just little children. We may dislike something which will actually be good for us, and we may like and desire something which may be bad for us. It is God who knows – and we do not.

I think, God created the Universe in different forms especially to maintain the balance of the world to enable living things lead a perfect and decent life. All the creations are in the universe are in the intention of maintain the balance. He had given the humans the sixth sense and self-determination to live independently to lead our life in a way He wants to be.

As the nature of the earth is also different and it is necessary the creations has to be in different shapes and nature to exist in that environment. Like all other creations among human poor, disable etc. are created in the same manner. Our behavioral patterns also deciding factor on this. Actually we do not know the benefits in those creations and Creator only knows.

Christians are commanded to help one another but we are also called to help those who are less fortunate than we are. Proverbs 21:13 is among the most powerful calls from God to help those who are hungry because “If a man shuts his ears to the cry of the poor, he too will cry out and not be answered.” First John 3:17 states that, “If anyone has material possessions and sees his brother in need but has no pity on him, how can the love of God be in him?” Job wrote, “I rescued the poor who cried for help, and the fatherless who had none to assist them” (Job 29:12).

God asked, “Is it not to share your food with the hungry and to provide the poor wanderer with shelter when you see the naked, to clothe them, and not to turn away from your own flesh and blood” (Isaiah 58:7)? We also need to “Speak up for those who cannot speak for themselves, for the rights of all who are destitute. Speak up and judge fairly; defend the rights of the poor and needy” (Prov 31:8-9). In fact, “The righteous care about justice for the poor, but the wicked have no such concern” (Prov 29:7).

The world is only a Trial

According to Him the world is only a trial. If we all are created identically how could we identify ourselves? How do we get our daily needs to lead our live? So people have to be in different forms and stages and to perform different duties and works to fulfill the requirements of all human. How do we do charity to get God’s nearness, if there is no poor?

If He didn’t create us with hunger and thirst, the entire world would be in a state of stand still. No one moves. It is the urge of hunger and thirst only made us to move to find our needs to fill our stomach and made the world in motion. If there is no sexual urge there won’t be a single creation except the direct creation of the God. Only the Adam and Eve exist.

If we lead a life instructed and expected by the God we will be sent to the heaven and others to the hell. This is called trial and needs reward or punishment. We know a trial version is in a stage of changing process and is not permanent but to test practically the maximum usage or output of a product, to decide whether we launch/buy it or not.

God judges our world’s life as our trial period and gives us accordingly. Then the original life begins, which is in the hereafter.

Posted in Think N Grow | No Comments yet, your thoughts are welcome
October 25th, 2012 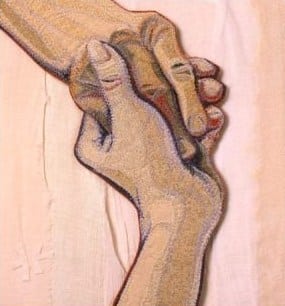 God created the blind,
so that you can appreciate your sight.

God created the ugly,
so that you can appreciate beauty.

God allows sickness,
so that you can appreciate your health.

God created the poor,
so that you can appreciate your wealth.

God didn’t create the poor to be deprived,
or the ill to suffer, or the weak to be defenseless.

God created a system of harmony,
a world in which everyone gives and everyone receives.

The strong defend the weak,
and the weak teach sensitivity to the strong.

The rich give the poor valuables to enjoy in life,
and the poor give the rich an opportunity to make life valuable.

There’s a vast eternal plan, and you play a part.

So go out and find your counterpart,
begin to share what you have and receive what you lack.

You will soon discover a world of health, wealth, peace, and love.
You will discover the world God created.